LONDON: British Airways pilots on Wednesday cancelled a strike that had been due September 27, the British Airline Pilots Association union said after two walkouts last week that cost the company dear. 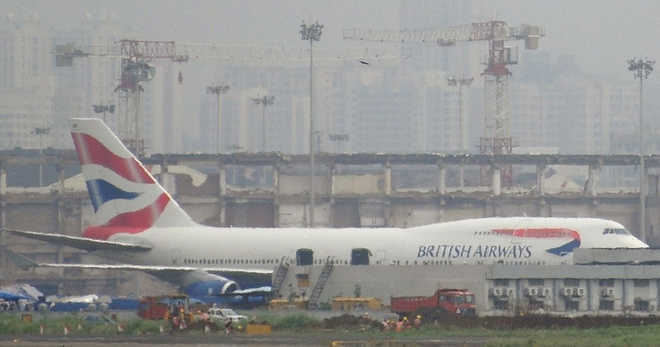 British Airways pilots on Wednesday cancelled a strike that had been due September 27, the British Airline Pilots Association union said after two walkouts last week that cost the company dear.

“Someone has to take the initiative to sort out this (pay) dispute and with no sign of that from BA the pilots have decided to take the responsible course,” BALPA General Secretary Brian Strutton said in a statement.

The union chief added that the airline’s “passengers rightly expect BA and its pilots to resolve their issues without disruption and now is the time for cool heads and pragmatism to be brought to bear.

“I hope BA and its owner IAG show as much responsibility as the pilots,” he added.

It was now “time for a period of reflection before the dispute escalates further and irreparable damage is done to the (BA) brand.”

However, the union added that should the airline “refuse meaningful new negotiations, BALPA retains the right to announce further strike dates”.

British Airways, which likes to call itself “the world’s favourite airline”, flew into turbulence last week as pilots staged a costly and historic two-day strike, tarnishing its global reputation according to aviation analysts.

Pilots walked out for the first time in the company’s 100-year history, sparked by a bitter and long-running feud over pay.

BA faced the embarrassment of grounding its entire UK fleet on September 9 and 10, causing the cancellation of about 1,600 flights.

The move sparked travel chaos for about 200,000 passengers who had been due to fly in and out of London’s Gatwick and Heathrow airports.

The disruption continued into September 11 because half of BA’s 300 aircraft and more than 700 pilots were mostly in the wrong place.

As a result, BA was forced to cancel approximately ten per cent of its daily 850 flights in and out of Britain that day.

BALPA and its members are demanding a bigger share of British Airways profits.

However, the union has rejected the proposal made in July.

BA is owned by IAG, which was formed in 2011 with the merger of British Airways and Spain’s Iberia. IAG has since added other carriers, including Austria’s Vueling and Ireland’s Aer Lingus. — AFP