PARIS: French authorities say a Belgian F-16 fighter jet has crashed in a populated area in western France and one of its pilots is caught on a high-voltage electricity line. 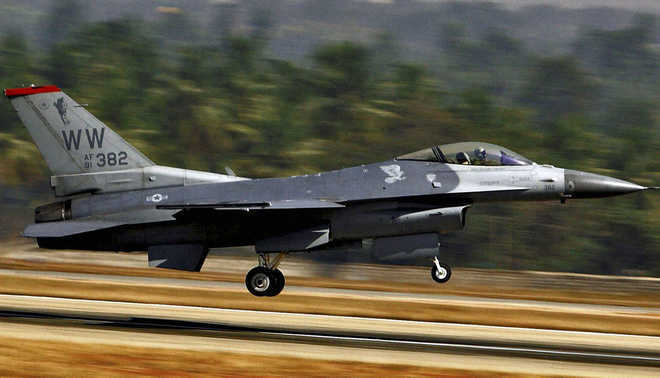 French authorities say a Belgian F-16 fighter jet has crashed in a populated area in western France and one of its pilots is caught on a high-voltage electricity line.

A spokesman for the regional prefecture, or administration, told The Associated Press that the plane crashed on Thursday in the town of Pluvigner in Brittany.

He said one pilot was safely rescued and emergency workers are extracting the other pilot from the electricity line.

He said the immediate area was evacuated.

A national police spokeswoman said no injuries have been reported among residents in the area.

She said about 100 police have surrounded the crash site and are investigating what happened. — AP