KARACHI: Khurram Zaki, a leading Pakistani rights activist known for his strong stance against hatred and violence targeted at Shia Muslims, has been killed by unidentified assailants here in an apparent sectarian attack. 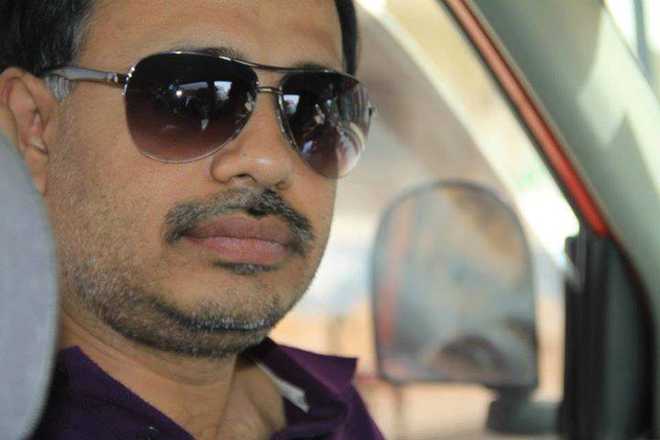 Khurram Zaki, a leading Pakistani rights activist known for his strong stance against hatred and violence targeted at Shia Muslims, has been killed by unidentified assailants here in an apparent sectarian attack.

Zaki, 40, was killed last night by four armed assailants who came on two motorcycles and sprayed bullets while he was having dinner at a restaurant in Sector 11 of New Karachi.

Rao Khalid, a journalist who was with Zaki and a bystander were critically wounded in the attack.

“The assailants fired at Zaki and Khalid and the bystander was caught in the firing,” Senior Superintendent of Police Muqaddas Haider said.

No one has taken responsibility for the attack.

Zaki, a former journalist and a social media campaigner, gained fame when he launched a Facebook page “Let Us Build Pakistan” (LUBP) and became editor of a website devoted to working for human rights and spreading liberal religious views.

The page was recently blocked by the Pakistan Telecommunication Authority for viewers in the country.

“For the last one year, Khurram Zaki was a target of a systematic hate campaign organiSed by Deobandi fanatic, Shamsuddin Amjad of the Jamaat-e-Islami Pakistan in collaboration with the banned Sipah-e-Sahaba Pakistan,” Ali Abbas Taj, LUBP’s Editor-in-Chief, said in a statement.

“In particular, hateful and violence inciting posters against Khurram Zaki had been published recently by the Mashal Facebook page run by Shamsuddin Amjad, Asad Wasif and a few other pro-Taliban fanatics of Jamaat-e-Islami,” he said.

After Irfan Khudi Ali of Quetta, Zaki is the second LUBP editorial team member who has been killed by “Takfiri Deobandi militants”, Taj said.

Zaki had condemned extremism in all forms and came into limelight when he led a campaign against Lal Masjid cleric Maulana Abdul Aziz for inciting hatred against Shia Muslims.

He and other campaigners built up pressure and got a case registered against Aziz.

Majlid Wehdat-e-Muslimeen has also announced to stage a protest demonstration outside the Chief Minister’s House.

A spokesperson of Majlis Wahdat Muslimeen (MWM) said that Zaki was not only a prominent civil society activist but also a religious scholar who tended to attend programmes on various TV channels.

Zaki’s assassination came on the same day when Karachi Police announced that they had arrested a prime suspect in the murder of social activist Parveen Rehman who was killed in May 2013.

Parveen, who worked for the development of the poor neighbourhoods in the Orangi town, was killed in the same area while returning home.

Last year in September, another prominent social activist and rights campaigner Sabeen Mahmud was also killed in the defence area in Karachi while returning from her office. Her assailants are yet to be nabbed by the police. — PTI