ISLAMABAD: Pakistan is working on a draft Bill to permanently ban Mumbai attack mastermind Hafiz Saeed-led Jamaat-ud Dawa as well as other terror groups and individuals on the watch list of the interior ministry, a move which has the backing of the powerful military establishment. 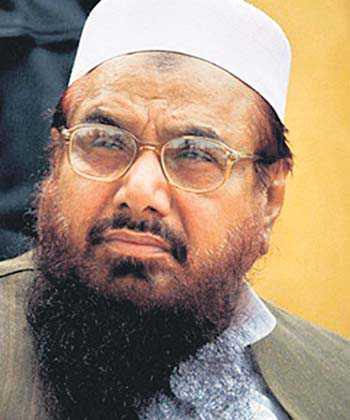 Pakistan is working on a draft Bill to permanently ban Mumbai attack mastermind Hafiz Saeed-led Jamaat-ud Dawa as well as other terror groups and individuals on the watch list of the interior ministry, a move which has the backing of the powerful military establishment.

The Bill will replace the presidential ordinance that banned outfits and people already on the watch list of the interior ministry, Dawn reported today.

Citing its sources in the law ministry, the paper reported that the proposed draft bill to amend the Anti-Terrorism Act (ATA), 1997 was likely to be tabled in the upcoming session of the National Assembly scheduled to commence tomorrow. The law ministry was involved in the process for the purpose of vetting the proposed draft bill, the sources said, adding that the military establishment was also on board.

The government decided to prepare a draft bill to amend the ATA as part of its damage-control campaign after the Financial Action Task Force (FATF) approved a nomination proposal tabled jointly by the US, the UK, France and Germany to place Pakistan on the international watchdog’s money-laundering and terror-financing grey list in February.

Earlier, President Mamnoon Hussain had promulgated the ordinance amending the ATA to include entities listed by the UNSC as proscribed groups but it will expire in 120 days.

Through the ordinance, amendments were made to ATA’s Section 11-B that sets out parameters for proscription of groups and Section 11-EE that describes the grounds for listing of individuals. In both sections, Sub-Section ‘aa’ was added.

According to the sub-section, organisations and individuals “listed under the United Nations (Security Council) Act, 1948 (XIV of 1948), or” will be included in the First Schedule (for organisations) and Fourth Schedule (for individuals), respectively, on an ex parte basis. Under Section 11-EE, the requirements were: “(a) concerned in terrorism; (b) an activist, office-bearer or an associate of an organisation kept under observation.

In addition to the draft Bill, Pakistan is also preparing a consolidated database of known terrorists and terrorist organisations which will be accessible to financial institutions and law-enforcement agencies of the country to strengthen the regime against money laundering and terror financing. — PTI