Truce after spike in Israel-Gaza violence 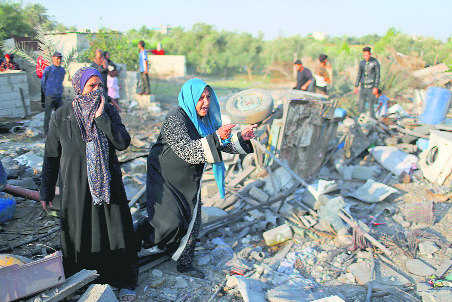 Women inspect a house damaged in an air strike in Gaza.

A Gaza Strip ceasefire came into effect early Thursday, an Egyptian source and a senior Islamic Jihad official said, following a spike in violence and bloodshed in the Palestinian enclave.

The “ceasefire agreement comes as a result of Egypt’s efforts” and has been endorsed by “Palestinian factions including Islamic Jihad”, said the top Egyptian official. An Islamic Jihad source confirmed the agreement.