Mental illness in city dwellers has emerged as a major problem. 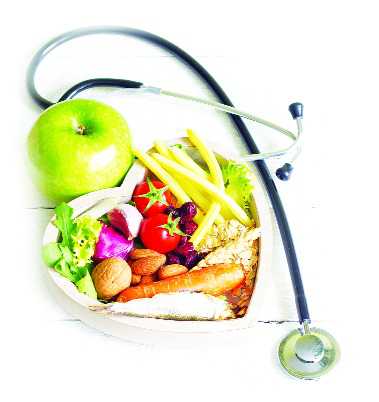 Mental illness in city dwellers has emerged as a major problem. It can be mitigated to an extent through yoga, say experts. “Stress is one of the major factors that leads to depression. One can deal with stress through yoga. One can learn to calm one’s responses by extending the reaction time, thereby having better control on emotional reactivity,” says mental health expert Prakriti Poddar. Yoga asanas like surya namaskar, warrior pose, tadasana, trikonasana and pranayam could help a person cope with depression and stress. “Depression is one of the major diseases of the developed world. It is triggered off by one’s inability to cope with stress — emotional and physical. Yoga helps you to calm your nerves, increase your mental strength and help you deal with situations,” she adds. Migration of work force from rural to urban areas can also trigger depression. “Often situational stress assists it, as people move from a robust support system to a limited one. Loneliness steps in as the sense of belonging depletes. Yoga has huge benefits as it lowers stress levels, relaxes the mind, makes the body flexible and invites an overall feeling of well-being,” she further says.

Researchers have found that postmenopausal women with breast cancer are at greater risk of developing cardiovascular disease. Heart disease appears more commonly in women treated for breast cancer because of the toxicities of chemotherapy, radiation therapy and use of aromatase inhibitors, which lower estrogen, say experts. The cardiovascular effects may occur more than five years after radiation exposure, with the risk persisting for up to 30 years. Heart-healthy lifestyle modifications will decrease both the risk of recurrent breast cancer and the risk of developing heart disease, add experts. The researchers found that postmenopausal women, who are survivors of breast cancer, showed a markedly stronger association with metabolic syndrome, diabetes, atherosclerosis, hypertriglyceridemia and abdominal obesity, major risk factors for cardiovascular disease. The study was published in Menopause: The Journal of the North American Menopause Society.

Friends are better than Fitbit

To get a better reading on your overall health and wellness, you are better off looking at the strength and structure of your friends, says a study. According to the study published in the journal PLOS ONE, the researchers were interested in what the structure of social networks says about the state of health, happiness and stress. “We found the social network structure provides a significant improvement in predictability of wellness states of an individual over just using the data derived from wearables, like the number of steps or heart rate,” says an expert. For the study, participants wore Fitbit to capture health data — such as steps, sleep, heart rate and activity level and completed surveys and self-assessments about their feelings of stress, happiness and positivity. The study showed a strong correlation between social network structures, heart rate, number of steps and level of activity. Social network structure provided significant improvement in predicting one’s health and well-being compared to just looking at health behaviour data from the Fitbit alone. — Agencies