New Delhi: A 22-year-old man was stabbed to death after he resisted a snatching bid in south Delhi''s Defence Colony on Saturday. The police on Sunday said Shyam Bodh Sah, a resident of Greater Kailash, worked in a restaurant, the incident occurred when, he was going home on his cycle after work. 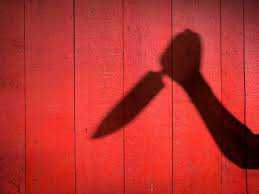 New Delhi: A 22-year-old man was stabbed to death after he resisted a snatching bid in south Delhi's Defence Colony on Saturday. The police on Sunday said Shyam Bodh Sah, a resident of Greater Kailash, worked in a restaurant, the incident occurred when, he was going home on his cycle after work. The police were informed about an accident in Defence Colony and before a team reached, the injured was taken to AIIMS by a passerby, said the police. He suffered a stab wound and was declared brought dead, said Vijay Kumar Deputy Commissioner of Police (South). —PTI

The police on Saturday arrested two person of Rohtak after a gunfight in west Delhi's Vikas Puri area. One country-made pistol, three pistols and 16 live cartridges were recovered from them, said the police. The accused identified as Rahul (20) and Deepak (20) are residents of Rohtak in Haryana.  According to the police, information was received on the accused following which, a trap was laid near Vikas Puri area. A car was signalled to stop but the driver accelerated and tried to escape, a police personnel chased the car and later blocked it, he said. When asked to surrender, they allegedly started firing at the police. The police fired nine rounds at them, said the police  — TNS

A 38-year-old man has been arrested in south Delhi for his involvement in over 100 cases of snatching on Saturday. The police on Sunday said the accused, Manish Kumar, a resident of Madhu Vihar, was arrested along with his accomplice Manoj Kumar Misra (28), a resident of Noida. Kumar had 109 cases registered against him and 100 of them are related to snatching incidents, said the police. One country-made pistol with three live cartridges, one mobile phone that was snatched and a motorcycle used in commission of crime had been recovered, said the police. —PTI