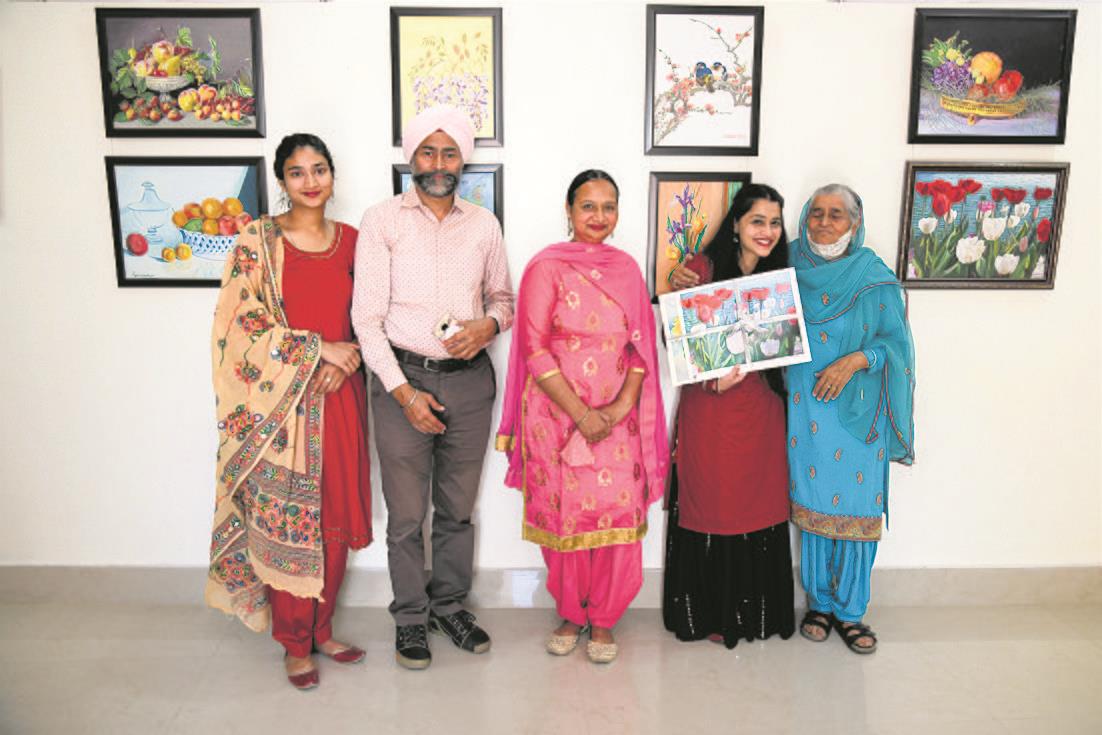 Gurcharan Kaur, daughter of Sobha Singh, with her family and others at her exhibition at the art gallery in Andretta on Saturday.

A spokesperson for the gallery said Covid-19 guidelines were being followed strictly and the inauguration was kept a low-key affair. Only family members and some other visitors joined the ceremony. It is for the first time that around 40 paintings on flowers, fruits, landscapes and portraits by Gurcharan Kaur have been displayed in the exhibition, which will remain open to the public throughout April.

Gurcharan learned drawing and oil painting from Sobha Singh and has painted around 2,500 paintings. Most of her works are part of private collections in India and abroad. She has also gifted a large number of her paintings to family, friends and VIPs visiting the gallery. Her specialization is still life, the spokesperson said. Many art critics believe that it is Gurcharan whose devotion and care of the saint-philosopher-artist Sobha Singh could enable him to give a large number of masterpieces to the nation. In his autobiography, Sobha Singh had written that Bibi Gurcharan Kaur not only served him as a devoted, loving daughter but also rendered selfless service as a sister and a mother. “That is why I address her as Bibi Ji,” he used to say.

Gurcharan is the proprietor-director of Sobha Singh Art Gallery. She has meticulously maintained the gallery since the demise of Sobha Singh in 1986.