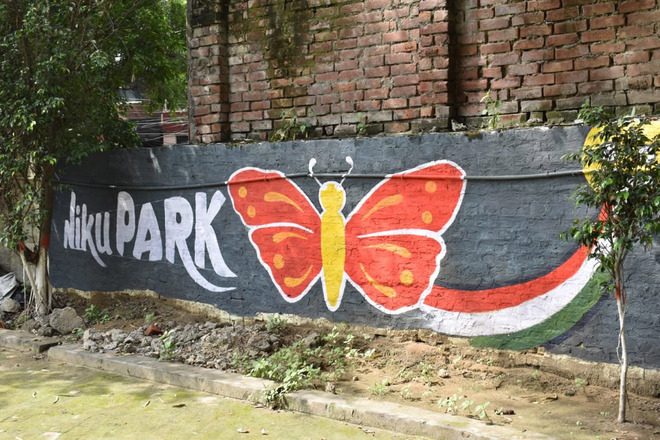 Nikku Park has got a new look with wall portraits in Jalandhar.

With the completion of another round of beautification and renovation works, children’s favourite amusement destination Nikku Park has worn a new look with mesmerising portraits painted on its walls. Likewise, the park is all set to offer much-awaited break dance swing and cricket bowling game to visitors from upcoming Sunday as the district administration has accomplished both the projects.

Divulging the details, Deputy Commissioner Ghanshyam Thori said theme-based paintings have been carried out in the park, which would further become attraction point for the children. He stated that break dance ride was lying shut due to lack of maintenance while cricket bowling machine was newly set up in the park adding that both the new rides would be opened for visitors from Sunday.

Notably, the district administration had initiated a special drive to give Nikku Park a new look as a part of its measure to boost the entertainment activities at the city’s one of the prominent amusement parks.

Spread in 4.5 acres of land, Nikku Park is located at the heart of the city and was in dilapidated conditions due to lack of maintenance as it remained shut due to Covid pandemic for almost a year. The DC had issued financial assistance worth Rs 12 lakh for this park after taking stock of its condition a few months ago. The DC reiterated his commitment to restoring the glory of this park and said there would be no paucity of funds to further ensure development works in the park.

Nikku Park manager SS Sidhu said all main swings and rides in the park that include amusement bus, fountain, train, music fountains, flood lights, and many more have been made operational lately. Now, the break dance swing and cricket bowling facility was also ready for children, he added.