Due to coronavirus pandemic, only 25-30 people allowed at crematorium 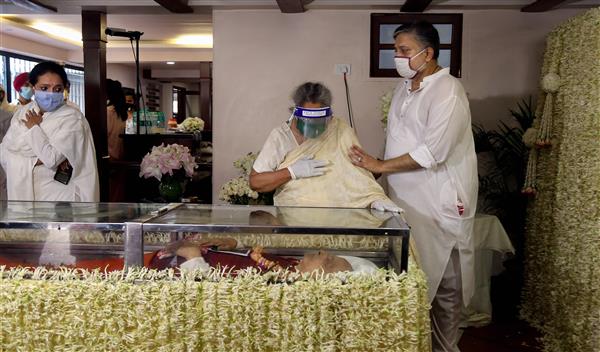 Indian classical vocalist Pandit Jasraj was on Thursday cremated with state honours in the presence of his family members and close friends.

The 90-year-old music doyen, who belonged to the Mewati Gharana, passed away on Monday following a cardiac arrest at his home in New Jersey, America.

He was in the US when the coronavirus-forced lockdown was announced and had decided to stay back in the country.

Due to the ongoing coronavirus pandemic, only 25-30 people were allowed at the crematorium.

According to Pritam Sharma, media coordinator for the family, granddaughter Shweta Pandit, composer Jatin Pandit, singer Anup Jalota, Kailash Kher and others were present at the funeral.

Earlier in the day, the mortal remains of Pandit Jasraj, draped in the national flag, were kept at his Versova residence for ‘darshan’.

Filmmaker Sanjay Leela Bhansali, singer Shreya Ghoshal, Pandit Ronu Majumdar and others from the music and film industry turned up to pay their last respects to the music icon.