The mercenary who loved finer things

James Skinner fought for East India Company, but was deeply interested in painting and set about engaging Indian artists to work for him 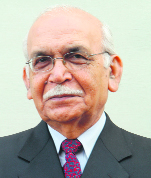 History of the Origin and Distinguishing Marks of the Different Castes of India. Ms. folio, written within red and gold borders, with 120 full-page illustrations, and 2 illuminated opening pages, native leather. (c. 1830).

— Descriptive title of the volume by James Skinner, in the Library of Congress, Washington

James Skinner (1778 - 1841) — ‘Sikandar Sahib’, as he came to be known and called by his devoted troopers — was evidently a man of parts. One could simply describe him as a mercenary — one of the many, whether French, Irish, Scottish, German, Austrian, or English, who one finds roaming the plains of India in the 18th and early 19th centuries, ready to fight for anyone who paid well: ‘swords for hire’, so to speak — but that would do him little justice. For certain, he was a soldier with the rank of Lieutenant Colonel, who raised formidable cavalry regiments that still bear his name in independent India’s Army — ‘Skinner’s Horse’, the ‘Yellow Boys’ — and who did fight for the Marathas and, eventually, the East India Company. He was diplomatic enough to keep up with high officials of the East India Company which had declined to offer him employment initially because he had an “Indian’ wife. But he had other interests, too. Passions, in fact. Living in style, from his perch at Hansi in Haryana apart, he was, like the Fraser brothers to whom he was close and with whose name discerning patronage of art is associated, he was deeply interested in painting and set about engaging Indian painters — then more or less at a loose end, royal Mughal patronage having dwindled and virtually dried up — to work for him.

Unlike many other mercenaries, however, ‘Skinner had one other talent: he knew Persian well and could write long texts in it. One reads this with the fact that, possibly on account of his ‘Indian’ connection — his wife who he used to designate as a princess from some royal family or the other — he was genuinely interested in things Indian: ancient Indian texts for one, and, for another, the people whom he knew and saw every day; if not in his immediate environment, at least in the streets outside. From all this emerged at least two works that remain of absorbing interest: the Tashrih al-aqvam, which was finished in 1825, and the Tazkirat al-Umara of 1830: the former dealing with The Origin and Distinguishing Marks of the Different Castes of India, as noticed before, and the latter with Historical notices of some Notable Families.

The Tazkirat volume is illustrated with portraits of known and oft-painted rulers and highly-placed zamindars, mostly of Rajasthan and the Punjab. The Tashrih volume — the word means, literally, ‘exposition; elucidation’, and aqvam is the plural of qaum, used here in the sense of a community or profession — is far more lavishly illustrated, one might add, which draws one to itself, for even though it does not deliver all that it promises in the title, it engages mostly with common people of virtually no rank: priests and account-keepers, performers and artisans, butchers and bow-makers, perfumers and distillers, faqirs and charlatans, jugglers and courtesans, musicians and dancers, snake-charmers and street-surgeons. It is a record of sorts of what one sees: thematically of a piece in a sense with masses of ‘Company’ work, which went under the name of firka paintings, commissioned or collected by officers of the ‘Company’ for taking back home as ‘picture postcards’, so to speak, from a country which was vastly different from their own. But these paintings — there are, it might be mentioned, two manuscripts with the same title and theme: one in the Library of Congress in Washington and the other in the British Library in London — are leagues above the general run of firka paintings in respect of quality. Not every leaf is of the same high order, but the vast majority of them is. And this because Skinner had the discrimination — and the opportunity — to engage painters of singular talent.

Sadly, the names of the painters whom Skinner asked to work for him are, uncharacteristically, not recorded even though it has often been suggested that among them was one of the most gifted of the painters then active — Ghulam Ali Khan, who first worked for the last of the Mughal rulers, and then for the Fraser brothers. The quiet but sharp observation to detail, the singing line, the delicacy with which colours were applied, are in evidence everywhere. When a painter picks a subject like a kamangar — maker of bows — for instance, his portrait of the man might not be all that realistic, meant as it was to be a generalised image of a bow-maker, but nothing that could have been there in and around him as he worked is left out: the hookah which he smokes in between bouts of work, the shoes that he has taken off before perching on the ground, the earthen brazier alive with embers and smoke, the long-handled container with coals which he holds under an unfinished bow to heat the bamboo rod which he is about to bend, the half-finished bows hanging on a peg on the wall. Everything is in place, neatly placed and meticulously painted. When Skinner’s painter turns out the portrait of a painter, again, every little detail is marshalled as the man, leaning against a bolster, legs crossed, knees raised a bit to support the wooden takhti on which is pasted the sheet of paper with the unseen drawing on which he works as if peers through the pair of spectacles he is wearing. On the ground all around and close to him lie the tools of his trade: the large wooden box lying open with drawers and grooves for brushes; a small wooden box with pigment-containers; the shells on which pigments are seen glistening; the little brush-box with its lid laid aside; rulers for drawing lines. It is a perfect study. But nothing comes close to the portrait of the aged player of the double-gourded veena — as an exception, the name of the venerable man, the much celebrated ‘Mian Himmat Khan Kalawant’, is inscribed both above the portrait and on a part of the tube itself — for the painter seems to have reached out and touched the very soul of the blind musician as he, lost to the world around him, plucks with his superbly rendered, delicate fingers the strings of his instrument. There is something deeply moving about the rendering; seeing the work, an elevating, almost mystical, feeling descends upon one.