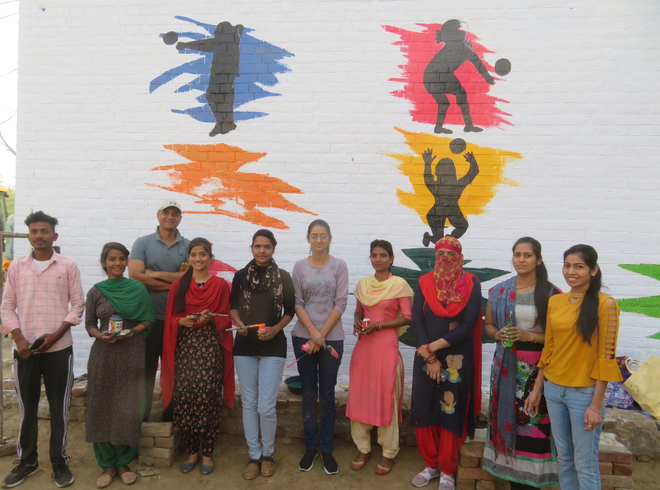 Patiala: Education Secretary Krishan Kumar has lent a new dimension to the ongoing enrolment drive ‘Each One, Bring One’. On Sunday, after paying obeisance at Gurdwara Sahib at Baran village, he made an announcement using the public address system to mobilise villagers to motivate them to enrol their children in government schools. The Department of School Education has launched a drive to sensitise people to the changes taking place in government schools, which have been converted into smart schools. Officials of the department, school heads and teachers have been going from door to door, staging ‘nukkad nataks’ and holding enrolment camps in different areas.

Gurdaspur: After chanting “Go, corona, go” and banging utensils during the Covid-induced lockdown, residents were not willing to play ball when the Punjab Government asked them to observe one-hour silence for those who died because of the pandemic. People could be seen questioning the logic and efficacy of the drive. Even doctors could be heard saying the “government was leading residents up the garden path”, as the movement served no purpose at all. Residents said the infrastructure in hospitals should be upgraded and more staff should be recruited to fight the virus. The cops, however, were unfazed. SSP Nanak Singh and his colleagues took the drive seriously. The police chief monitored the situation from his office, which had become a virtual war room. It was from here that the directives were issued to the officers concerned with the modus-operandi to be adopted during the hour-long silence. 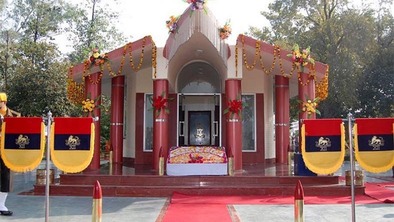 Fazilka: Chief Minister Capt Amrinder Singh has announced a grant of Rs 39.5 lakh for construction of Victory Tower at Asafwala War Memorial recently. The Shaheedon Ki Samadhi Committee, which has been looking after the memorial since 1972, hailed the decision of the Chief Minister in its specially convened meeting. Committee member Karan Gilhotra said the 71-foot-tall victory tower was being raised to commemorate the sacrifice of 218 martyrs of the Army, who laid down their lives defending Fazilka in the 1971 Indo-Pak war. Gilhotra was instrumental in getting the grant for the memorial.