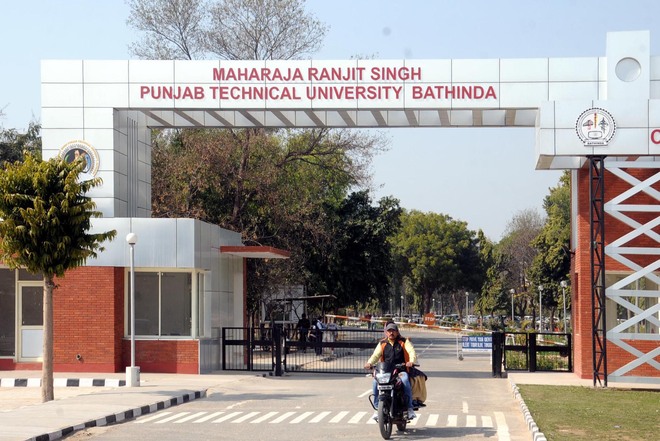 In all, 24 candidates have applied for the top post at the university.

After a delay of over one-and-a-half years, the Maharaja Ranjit Singh Punjab Technical University (MRSPTU), Bathinda, will get a new Vice Chancellor (VC).

The search and selection committee, headed by Punjab Chief Secretary Vini Mahajan, in its meeting held yesterday, shortlisted a panel of three candidates from seven aspirants, who had appeared before the committee. The Board of Governors of the university will meet soon to approve the names. A total of 24 candidates had applied for the post of VC.

The meeting of the search and selection committee had been postponed thrice in the past, after one of the applicants, Narinder Paul Singh, former dean, Punjab Technical University, Kapurthala, dragged the state government to court over the composition of the selection committee.

Yesterday, a Bench of Ravi Shanker Jha, Chief Justice of Punjab and Haryana High Court, and Justice Arun Palli, dismissed a letter patents appeal that the former dean had filed against the single-Bench order. Earlier, the single-Bench order had dismissed his plea challenging the selection process for the post of the VC. The Punjab Government will now go ahead with the ongoing selection process. The Board of Governors has recently ordered a third-party audit of the project for the construction of an administrative block, a lecture theatre and departments at an inflated cost.