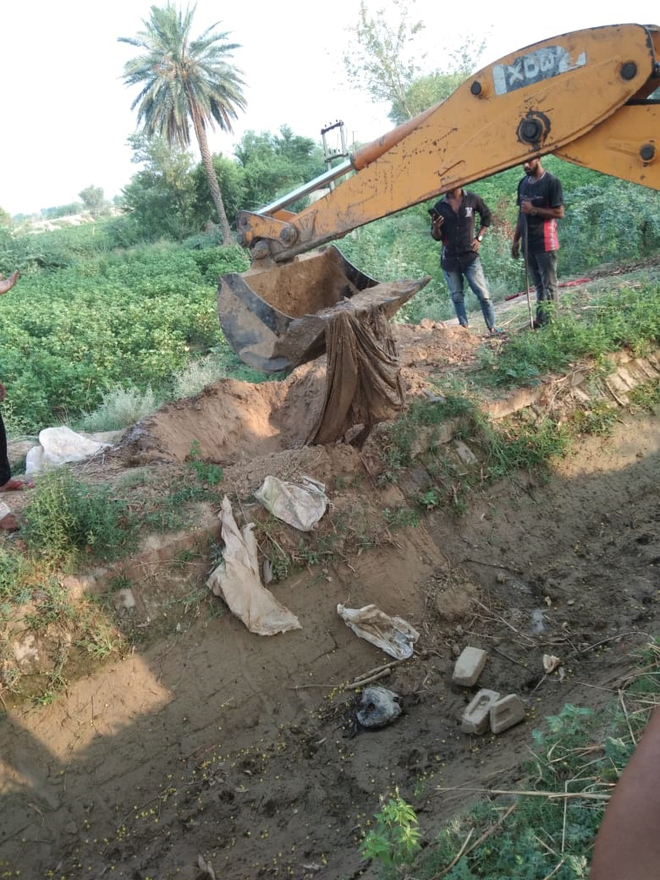 Cops from Abohar and Sriganganagar, in a joint operation today, destroyed over 25 illicit distilleries and ‘lahan’ stock near the Gang canal in the Hindumalkot area. No arrests were made.

Earth-moving machines were used to find 10,000 litre of ‘lahan’ hidden in pits near the canal and destroyed.

Meanwhile, an illegal fake liquor factory was busted last evening when a team of the Excise and Taxation Department raided a complex in Sadhuwali located near the Abohar-Sriganganagar border. One person was arrested.