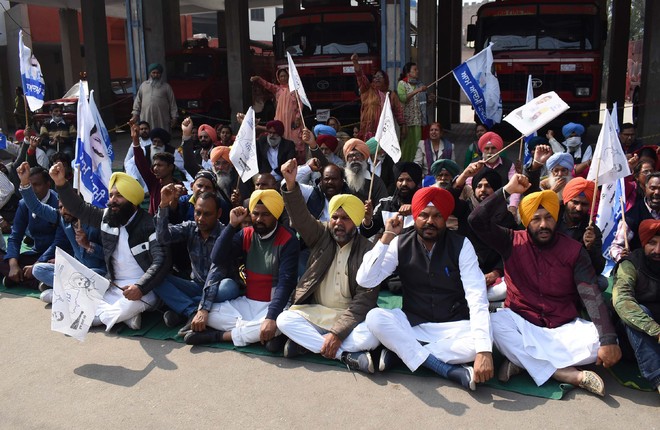 AAP candidates along with party workers staged a protest at Fire Brigade Chowk in Bathinda alleging booth capturing and bogus voting by the Congress in the civic body elections held recently. They demanded that the election be cancelled. The protesting members raised slogans against the state government.

Navdeep Jeeda, AAP president, Bathinda (urban), said, “Bogus voting and booth capturing took place during the MC elections under the patronage of the ruling Congress government. Our candidates were threatened and goons were brought to Bathinda to put pressure and give advantage to the ruling party.”