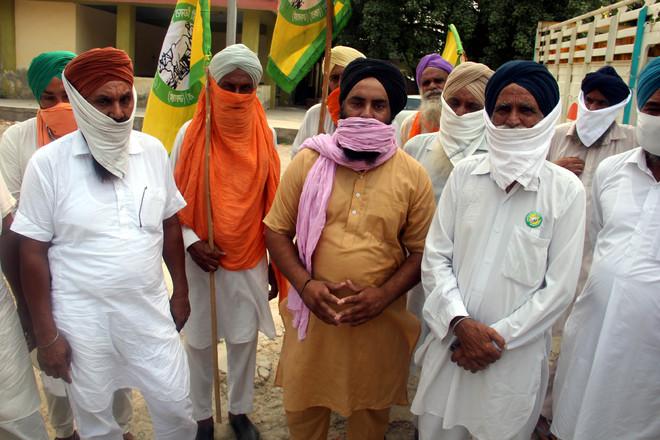 A farmer leader, who was staging a protest outside Guru Nanak Dev Thermal Plant (GNDTP) in Bathinda, was found dead under mysterious circumstances on Wednesday morning. He was “distressed” over the proposed auctioning of the GNDTP land.

The deceased has been identified as Joginder Singh Bhola (55), a resident of Cheema in Sangrur district. He had been associated with the BKU Ekta Ugrahan for long. Joginder was carrying a placard bearing a photo of Guru Nanak Dev. The placard read, “Guru Nanak Dev Thermal Plant is a historic place and I am sacrificing my life to stop it from being sold.”

BKU Ekta Ugrahan state secretary Shingara Singh Mann said Joginder had sacrificed his life outside the thermal plant. “It seems that he had come prepared for this...,” he said.

The Punjab Government should restart the GNDTP by stopping its privatisation, he said while demanding Rs 10 lakh as compensation and a job for Joginder’s family. The deceased’s kin and BKU Ekta Ugrahan workers said they wouldn’t allow postmortem until the district administration fulfilled their demands.

Later, SAD’s kisan wing president Sikander Singh Maluka and former MLA Sarup Chand Singla visited the Civil Hospital and blamed the state government for Joginder’s death. They claimed that the Congress had promised during the 2017 poll to restart the thermal plant, but rather proposed to auction its land.

AAP district president Navdeep Singh Jeeda also reached the hospital and blamed the state government. SSP Nanak Singh said the reason behind the death would be ascertained after the postmortem.