Ahead of special session, farm union goes door to door for support 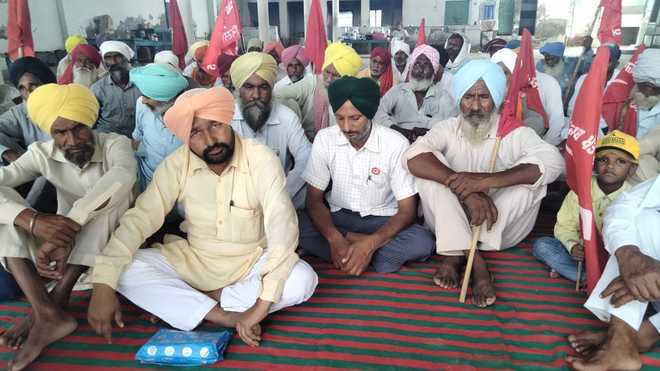 Members of the Punjab Khet Mazdoor Union in Bathinda.

Members of the Punjab Khet Mazdoor Union and other unions of labourers have been mobilising support in villages these days by holding meetings and door-to-door campaigns for state-wide protest ahead of special Vidhan Sabha session on September 3 and to gherao the CM’s Moti Mahal residence in Patiala on September 13.

Leaders of the union from Moga, Faridkot, Muktsar, Sangrur and Bathinda districts participated in a state-level meeting held here at Bhucho Khurd village in Bathinda.

Union state general secretary Lachman Singh Sewewala said: “Efforts are on to make both the protests successful. We have regularly been holding meetings and reaching out to people exhorting them to participate in these protests in large numbers.”

The president of the union, Zora Singh Nasrali, said: “There must be a provision for permanent employment for labourers and an end to atrocities on the Dalit community. The state government also does not seem to be serious about our genuine demand of leasing out approximately one third of the panchayati land to labourers.”

He said: “On August 25, in a meeting with cabinet minister Brahm Mohindra, we were promised that a proposal would be moved in the Vidhan Sabha to cancel all kinds of debts and electricity bills of labourers and anti-labour amendments in labour laws. But leave aside taking any substantial steps to concretise these verbal promises, these were not even a part of the discussion during the cabinet meeting later.”