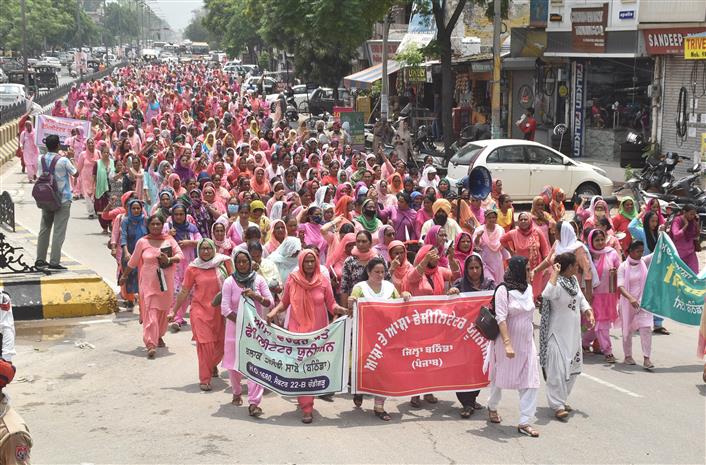 Demanding an increase in their commissions/incentives on Haryana pattern, ASHA Workers and Facilitators’ Union members carried out a protest march from the district administrative complex to the Finance Minister’s office.

They pushed their way through the barricades outside the minister’s office and gheraoed it. A heavy police force was deployed that used mild force to stop them, but the protesters managed to reach the office. They raised slogans against the government and also thumped utensils to express their resentment. — TNS