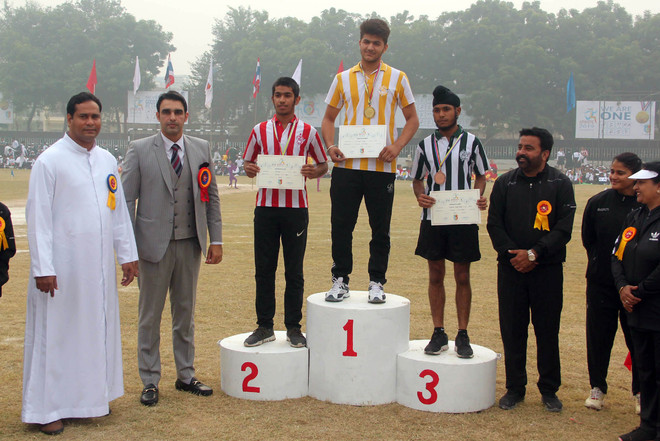 Students participated in different sports events during the athletic meet at Saint Xavier’s School, Bathinda, on Thursday. The meet was dedicated to celebrate the birth anniversary of Pandit Jawaharlal Nehru, which is celebrated as Children’s day.

Imanbir Singh Dhaliwal, a judge, was the chief guest. Navpreet Kaur, a doctor who has won many national awards in handball, was the guest of honour.

The ceremony started with a march past led by various house captains. The army and navy cadets of NCC also participated in the event. The athletic meet was declared open by the chief guest accompanied by Father Christopher Michael (Manager) and Rev Father Cidloy Furtado, the principal St Xavier’s School, Bathinda.

There were many events like races, shot put, long jump, gymnastics and martial arts. Father Cidloy mentioned that the only hindrances in physical well-being of children were digital devices, such as mobile phones. The chief guest stressed upon the value of hard work. He cherished his childhood memories and mentioned about the beautiful days he spent in school. Winners were honoured.