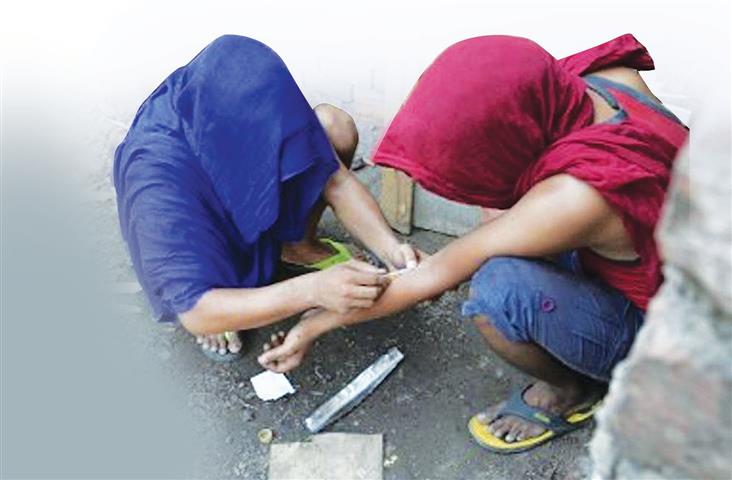 A 14-year-old boy died after inhaling a “solution”, used to repair tyres, in Bathinda on Saturday. Identified as Vikas, his body was recovered from the autorickshaw stand of the railway station.

Vijay Goyal, president of NGO Sahara Jan Sewa, said after receiving information, volunteers of the organisation reached the spot and were told that Vikas was a beggar and addicted to the solution and cigarettes. It is learnt that many kids in slum areas are addicted to the “solution” as a substitute for drugs, owing to its easy availability and low cost.

A child said: “Most of the children sniff tyre or rubber solution, which they get from the puncture repair guys. They rub it on a cloth and keep sniffing it throughout the day.” Dr Vitul K Gupta, health activist, said the abuse of volatile substances involved deep breathing via the nose and/or the mouth. “Re-breathing exhaled air may add to the effect if a plastic or paper bag is used to contain the abused substance. Cycle tyre repair cement contains Toluene and xylenes. Contact adhesives are usually poured into plastic bags such as empty potato crisp packets or paper bags,” he said.

He said: “Four possible modes of death which may be related directly to volatile substance abuse have been suggested: Anoxia, vagal stimulation leading to bradycardia and cardiac arrest, respiratory depression and cardiac arrhythmia.”