A huge crowd was seen flying kites with farmers 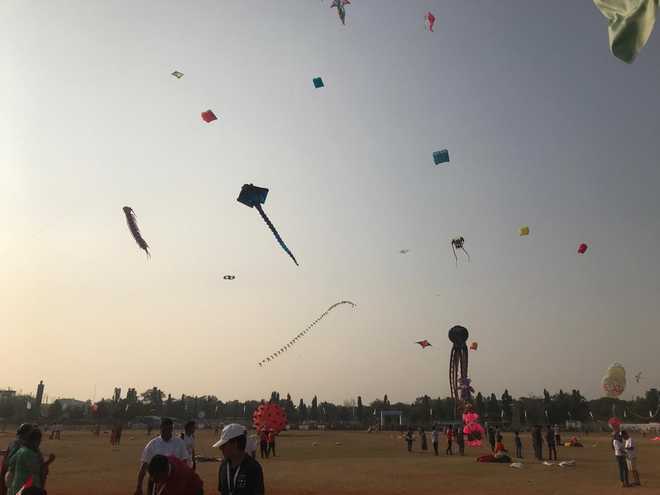 Besides this, several people were flying kites to celebrate the kite festival.

A huge crowd was seen flying kites with farmers. Slogans like “No Farmers, No Food” and “Kisan Ekta Zindabadd” were heard.

A resident of Bathinda, Rupinder Singh, said: “Music is the essence of Punjabi festivals, every year they keep loudspeakers on the terrace and play the trending songs. This year, songs on farmers' agitation are trending as Kisan Anthem and Ailan as in their cars also they listen to them, due to today as well they played these songs only on the loudspeakers”.

Hydrogen filled balloons were in high-demand. The skies were colourful with bright kites and balloons.

Meanwhile, balloon sellers had a good-sale day. They were spotted at different junctions, selling a single balloon for Rs. 20.

While buyers weren’t too happy with the price, the sellers said on routine days people barely purchase balloons, and that on such festivals, they get to sell them in large numbers.

However, a seller was seriously injured with a balloon gas cylinder blast at Paras Ram Nagar on Monday late night. The victim was identified as Ram Phul of Chann Khera in Malout block in Muktsar district.

On receiving information, NGO Sahara Welfare Society members Manikaran Sharma and Rajinder Kumar took the victim to the civil hospital. He is undergoing treatment, and his condition remains critical.

Also, police reached the spot, and started to probe into the incident. After this, police removed balloon sellers from other places in the city as well.