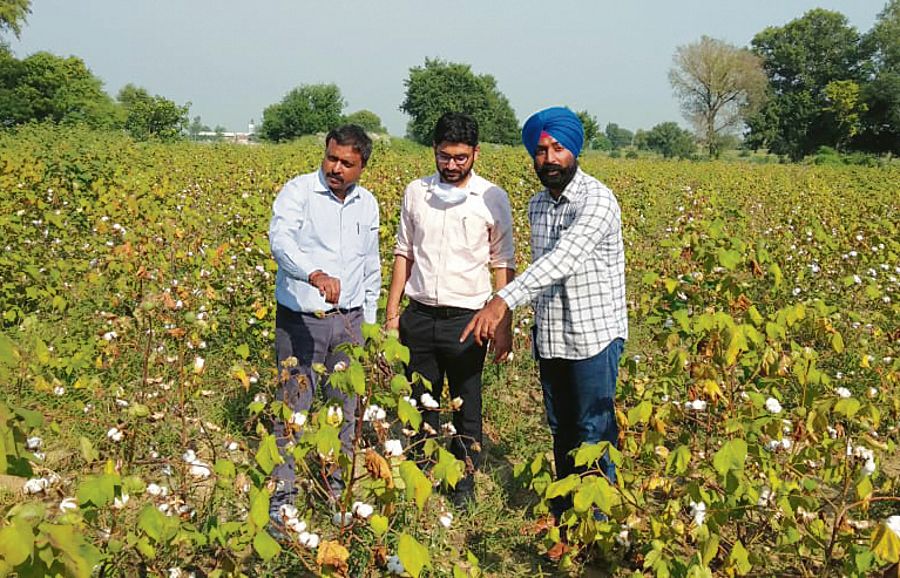 A committee of experts constituted by the government to ascertain reasons for the pink bollworm attack on cotton has reported that a combination of weather conditions favourable for pests and inadequate control measures led to a sudden infestation in the final stages, rendering the losses unrecoverable through any crop-based intervention.

A committee comprising Dr Navtej Singh Bains, Director of Research, PAU, Ludhiana, Dr Baldev Singh, Joint Director, Agricultural Inputs, and other experts has made a survey report. It has stated that re-emergence of pink bollworm can be traced back to new strains of the pest in central and south India which caused epidemics in those areas during 2016-17. This strain of pink bollworm is likely to have moved to northern states as indicated by pest incidence around ginneries.

Further, it states that high infestation of the pest in 2021 has occurred probably due to the initial dry spell during this season causing stress flowering, providing the initial foothold to pink bollworm adults for laying eggs.

Moreover, profuse flowering and boll bearing in August, provided ample targets for infestation in the fields, followed by extended flowering and fruiting in September. Exceptionally high rainfall and more number of rainy and cloudy days in almost all blocks of Bathinda and Mansa added to the problem.

The survey report claims green boll damage due to pink bollworm in various cotton fields varied from 30 to 85 per cent. The boll rot damage varied from 0 to 35 per cent.

It was learnt that pink bollworm incidence remained low initially up to late August. It was also found that incidence was more in fields near the villages as compared to those far away. Agriculture Minister Randeep Singh Nabha said, “Around 34 per cent of the crop has been damaged due to pink bollworm. We have given compensation to around 60 per cent cotton farmers. From the next season, we are coming up with ‘mating disruption technique’.”