Says party supports them on all issues 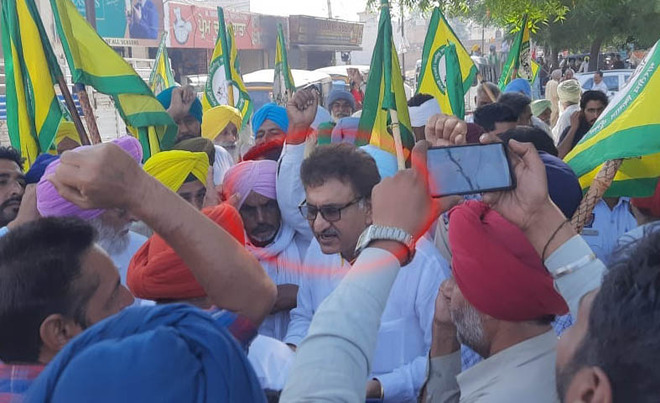 A Congress leader today faced the ire of farmers during a mega camp organised by the Punjab Government at the Adarsh School here to provide welfare schemes of various departments to people at one place.

Congress Bathinda (urban) chief Arun Wadhawan faced protests by farmers. The police personnel had a tough time in ensuring his safety. The farmers alleged they had been sitting in Bathinda for the past several days seeking compensation for the damaged cotton crop but the government was not listening to them.

Talking to The Tribune, Wadhawan said, “When I saw farmers are protesting against me, I immediately got out my car and talked to them. We are supporting farmers on all issues.”

Meanwhile, the cotton farmers’ protest today entered the fourth day. The work has been lying suspended at the district administrative complex as farmers are adamant on their demands and not allowing anyone to enter the premises. — TNS