Plan to deliver traffic challans at home based on CCTV image 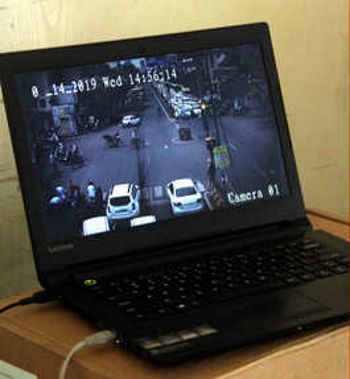 The Bathinda police e-challan project has been lying in abeyance since it was started with much fanfare on August 15 last year by the then Inspector General of Police (IGP), Bathinda Range, MF Farooqui and then SSP Nanak Singh.

The trial run was conducted at Hanuman Chowk and within 2 months, 128 hi-tech optical cameras were to be installed at 44 points across the city. But the company which was given the contract installed low-quality cameras.

The district police conducted a trial of these cameras in November and concluded that they were of poor quality as vehicle number plates were not visible in the video. So, the company was told to remove them and install new good-quality cameras after getting their quality checked from the department.

A control room was made for the project at Police Lines and the company got the new cameras approved from the Police Department. However, till date, these have not been installed. The department has spent Rs 1 crore on this project while Guru Gobind Singh Refinery gave Rs 20 lakh for the project under its Corporation Social Responsibility (CSR).

SSP Bhupinderjit Singh Virk said he had recently joined and in between, he was down with Covid-19, but he would take up the matter soon.