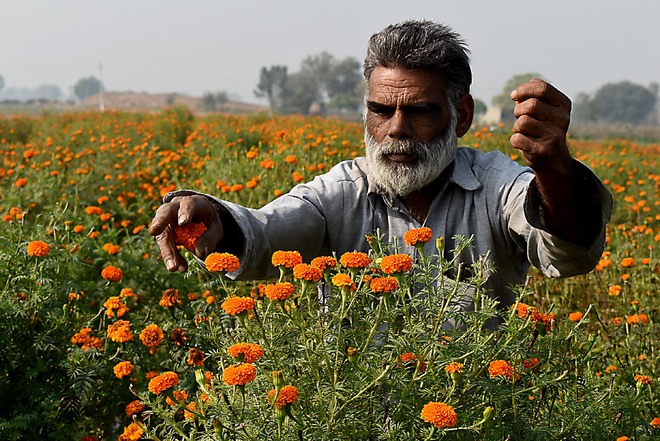 While the majority of farmers in Punjab are finding it tough to come out of the wheat-paddy cycle, a small farmer from a Sivian village near Bathinda has taken to marigold cultivation and scripted a success story.

Avtar Singh, 50, has taken two acres on contract and set up a marigold farm, which is supplying flowers to vendors in Bathinda and nearby areas. Even during the lockdown, he supplied flowers and met whatever little demand was there, as the supply from other parts of the country totally dried up.

“Marigold flowers are in great demand in Bathinda. Normally, I fetch around Rs 45-50 per kg, but due to the wedding season these days, I am getting around Rs 70-75 a kg. During Diwali or Gurpurb, the price soars to Rs 100 per kg as the demand is high,” says Avtar Singh.

He says the marigold farming is a profitable proposition as 40 quintal of flowers are produced on two acres as compared to 60 quintal of paddy and 40 quintal of wheat in the same area. Avtar Singh says he, along with his brother, does all the work and saves on the labour cost. He earns around Rs 1 lakh from the marigold cultivation.