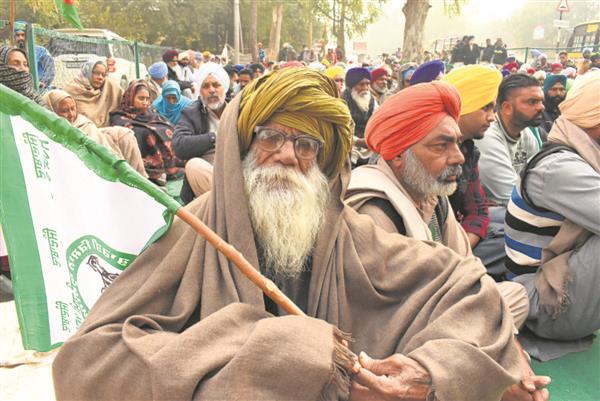 Farmers protest outside the DC’s office in Bathinda on Friday.

Residents of six villages are up in arms against land acquisition for the six-lane Ajmer Green Field expressway passing through Jeeda and other villages in the district.

This project of the union government has triggered unrest among villagers after the survey was conducted by the NHAI.

Punjab farmers have started opposing the land acquisition for the expressway from Amritsar to Jamnagar. The farmers from villages in Bathinda district, where the land is to be acquired, gathered and staged a protest today outside the DC office.

They alleged that they did not need the road, and could not give their land. They claimed that the highway would be taken out from the middle of the fields, due to which, their business would be affected, as they depended primarily on farming for their livelihood.

They alleged that their fields would be divided into two parts and they would not be able to use the road.

Jagjit Singh, head, Zameen Bachao Sangrash Committee, said, “If the government tries to take the land forcibly, we will intensify the struggle.”

This highway is expected to cost Rs 30,000 crore. As much as 75 per cent of the highway would be in Rajasthan, farmers said. — TNS