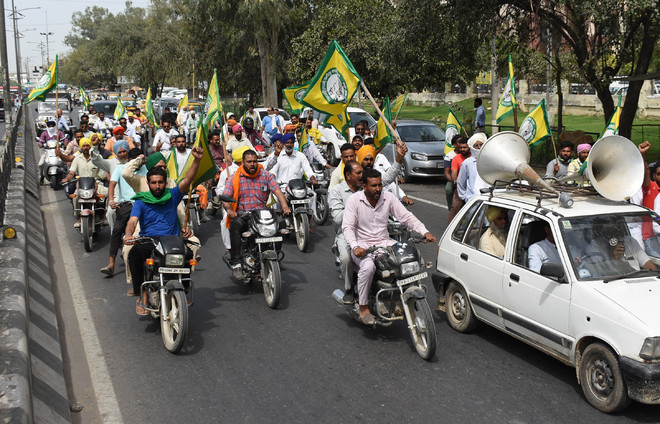 Farmers take out a motorcycle rally ahead of martyrdom day of Bhagat Singh on Friday. Photo: Pawan Sharma

Farmers under the banner of BKU (Ugrahan) took out a motorcycle march in various villages in Bathinda district on Friday. Apart from mobilising support, they exhorted villagers to visit protest venues on the Delhi borders. Farmers also expressed concern over new terms for procurement of wheat crop.

After passing through various villages, protesting farmers reached Bathinda city and submitted a memorandum of demands to the Deputy Commissioner through a Tehsildar before ending the protest.

Jagshir Singh Jhumba, a leader of the union, said, “There is already uncertainty with regard to procurement of crops amid agitation against three farm laws, but the new terms fixed for the procurement of wheat by the state government have worsened the situation. We are against the terms and demand that procurement be done in a simplified manner.”