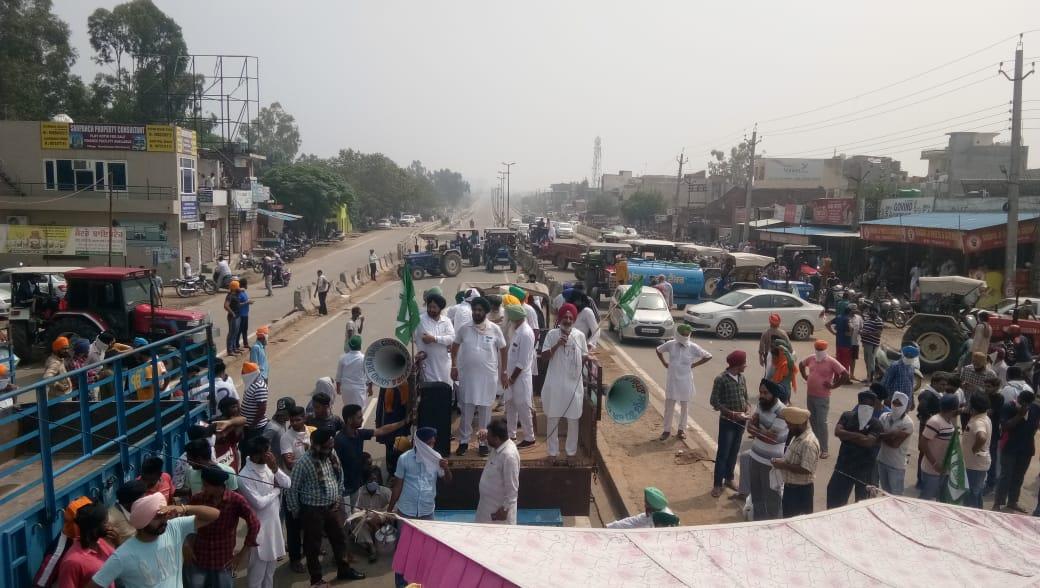 The big corporate houses are facing the heat as farmers, under the banner of the BKU Ekta Ugrahan, are continuing their indefinite protests at rail tracks, toll plazas, shopping malls, petrol pumps and a private thermal plant across the state for the second day.

The protesting farmers are also not allowing toll plaza officials to collect toll plaza money from commuters. The traffic is now passing freely where the protest is going on.

Farmer leader Jhanda Singh Jethuke said they were not allowing companies workers to cut receipt of the toll plazas and commuters are passing for free.

Agitating farmers are staging ‘Rail Roko’ protests at railway tracks at four points at Sunam in Sangrur, Dhablan in Patiala, Budhlada in Mansa and Gidderbaha in Muktsar district.

Protests are also happening at three SR petrol pumps at Dhaula in Barnala, Bhotna in Barnala and In Patiala.  They are also staging a protest at Talwandi Sabo private Thermal Plant at Baniwala in Mansa district.

He said these bills had been passed to benefit the big corporations such as Ambani and Adani groups, due to which we want Prime Minister Narendra Modi to see this is just the trailer, if he implemented these bills in Punjab, then their protest would intensify.

Another leader Shingara Singh Mann, state secretary of BKU Ekta Ugrahan said: “Apart from staging protests on railway tracks, we are staging protests at toll plazas, private petrol pumps, shopping malls and many other places across the state.”