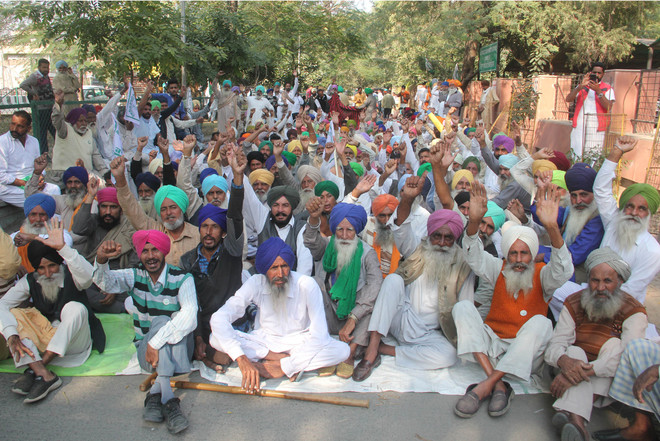 Members of BKU Qadiya stage a protest in Bathinda on Monday.

Members of the Bathinda unit of BKU (Qadian) on Monday staged a protest against the state government and banks in front of the District Administrative Complex (DAC) here.

They gathered at Children’s Park and later they took out a protest march and staged a protest in front of the DAC. The protest was headed by union district president Jagsir Jeeda. The members raised slogans against the state government.

A delegation of the union members submitted a memorandum of demands to the Deputy Commissioner through Tehsildar Sukhbir Singh Brar.

They also demanded the cancellation of the cases registered against farmers for burning stubble.