Says its anti-people policies have destroyed chances of growth 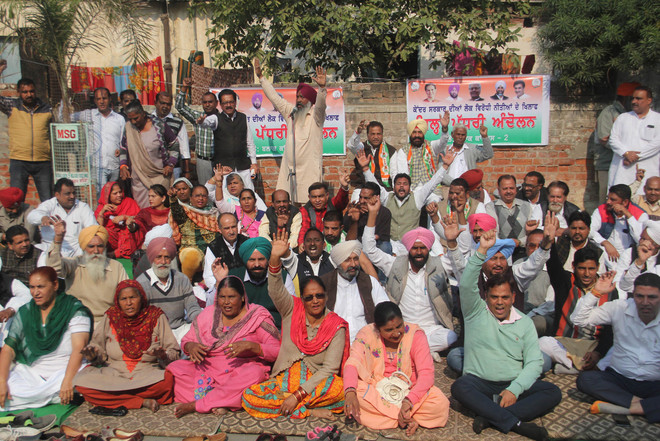 Congress workers and leaders staged a protest against the policies of the Union Government here on Monday.

Daaman Thind Bajwa, vice-president of the youth Congress, along with members of the block Congress committee (Rural and Urban), took part in the protest.

Bajwa said the policies of the Central Government’s had led to an economic crises in the country. She added that the Union Government has destroyed chances of growth of industry, agriculture and education sectors in near future.

“The escalating rate of unemployment and inflation has reached the worst point in history. The BJP government has neither any agenda to take the country forward nor it is willing to take any advice from wise people of the country,” she said.

“It is time to stand against the wrong. It is high time to be the voice of each and every unemployed youngster, distressed farmer and small scale industrialist, who have now completely given up their hopes of getting a better life under the BJP rule at the Centre,” said the Congress leader.

Bathinda:Irked over the anti-people’s policies of the Centre, Congress workers on Monday staged a block-level protest against the Modi-led UPA government at the Paras Ram Nagar chowk here.

The workers protested for two hours and raised slogans against the BJP government. Congress leaders claimed that the purpose of holding the protest was to make people aware of the socio-economic problems created by the BJP-led government.

Congress block president Harvinder Singh Laddu said, “The BJP government has been introducing anti-people policies, which have forced us to hold a protest.”