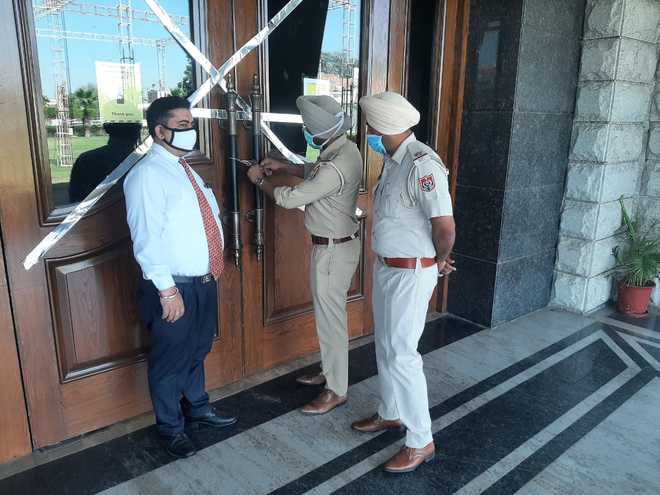 Cops seal the resort in Bathinda.

other Congress leaders, who attended the Congress councillors’ party at Three Palms Resorts in Bathinda on Friday night in violation of COVID-19 norms.

SSP Bathinda Bhupinder Jeet Singh Virk said, “We have identified and arrested 11 persons today. They joined in the investigation and were released on bail. Further investigation is going on. The remaining will also be arrested within a day or two.”

It is pertinent to mention that Congress leaders organised a largely attended celebratory function at Three Palms Resorts, located on the outskirts of the city on Goniana road in Bathinda, in violation of the COVID-19 norms on Friday night.

Efforts were made to hush-up the matter but the photos of the party went viral on social media and media highlighted the issue.

Facing flak, Bathinda police registered an FIR and arrested resort owner Rajiv Kumar after sealing the resort and today more arrests have been made in this case.