Construction work at Bathinda Technical University under lens over costs 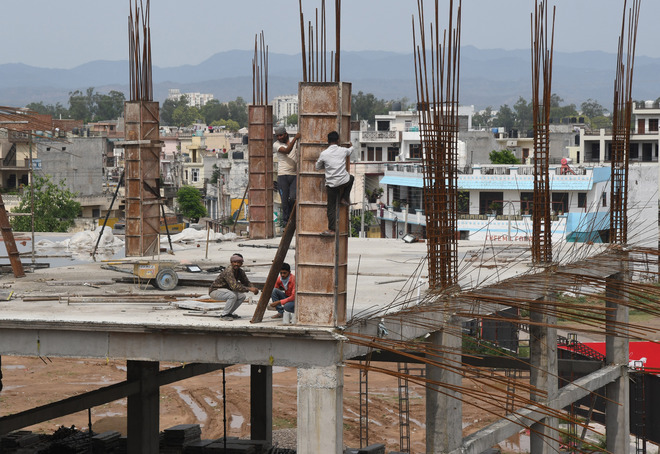 The execution of construction work worth Rs 42 crore at the Maharaja Ranjit Singh Punjab Technical University without the approval of the Board of Governors (BoG) has come under the scanner of the Department of Technical Education and Industrial Training.

Against the work of constructing an administrative block, lecture theatre and departments, awarded for Rs 98.31 crore, the cost incurred in the works had reached Rs 140 crore. The contractor was made payment of Rs 115 crore against the tender awarded for Rs 98.3 crore.

The Director, Technical Education, in a communication to the Registrar of the university, has pointed out that given the “very precarious” financial situation of the university, additional works of Rs 42 crore could not have been executed without the approval of the BoG. The university has been asked to explain who authorised the works. “Once the tender was awarded for Rs 98.3 crore, not a penny more should have been paid without the approval of the BoG. Who authorised the payment beyond Rs 98.3 crore?” the director asked.

Anurag Verma, Principal Secretary, Technical Education, confirmed that the letter had been issued to Prof Buta Singh Sidhu, Registrar, Maharaja Ranjit Singh Punjab Technical University, and a reply was awaited. “The details are regarding the procedure adopted for the execution of the work. We will send the reply by Monday,” said Prof Sidhu.

The issue surfaced after the contractor, ASC Builders Pvt Ltd, wrote to the Principal Secretary seeking payment of the pending bills. Against the estimated cost of Rs 115 crore, the work was awarded for Rs 98.31 crore. During the execution of the work, the scope was enhanced to Rs 115 crore and the same amount was released to the contractor. But due to further enhancement, the project cost rose to Rs 140 crore. The contractor has said though the building was handed over in January, he is yet to get Rs 25 crore.