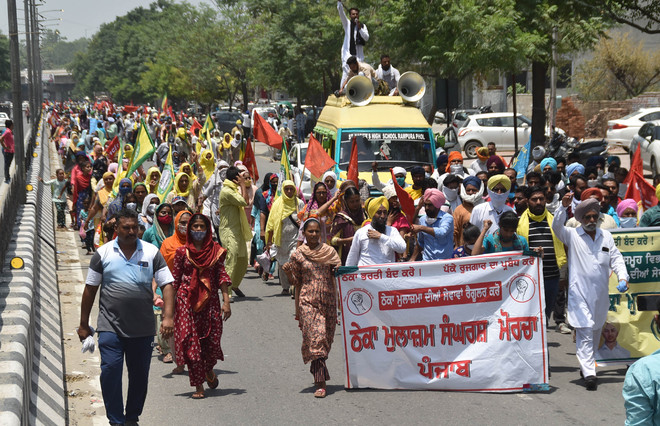 Contract workers stage a protest in Bathinda on Saturday.

Union leader Jagrup Singh said: “CM Capt Amarinder Singh in his pre-poll promises had said the services of contract workers would be regularised. Even after four-and-a-half year, he has not fulfilled the promise.”

He said contract workers had been rendering services in different government departments for the past 15 to 20 years but they were being coerced to work at lower salaries, while families of legislators were being given jobs. — TNS