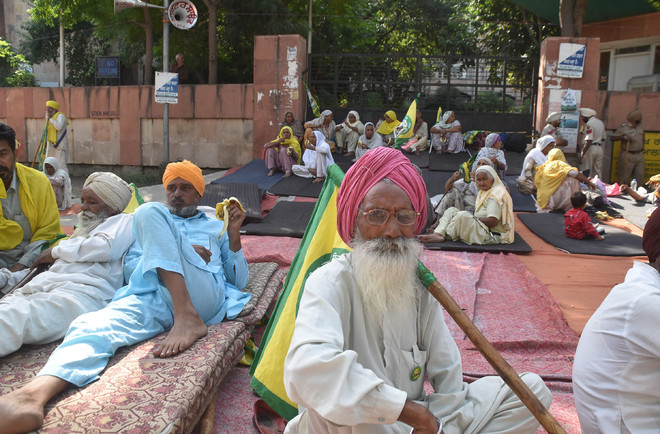 Cotton farmers, who had been protesting outside the District Administrative Complex in Bathinda for the past four days, today called off their agitation and announced the gehrao of Congress ministers and leaders from tomorrow.

Even today when Finance Minister Manpreet Badal was on his way to Guru Nanak School in Dhobiana Basti, a large convoy of protesting farmers reached there. The minister had to cancel his visit.

Farmer leaders Sukhdev Singh Kokrikalan, Shingara Singh Mann and others accused the government of ignoring their geniune demand for compensation of Rs 60,000 per acre for farmers and Rs 30,000 per acre for farm labourers. Upset, they said Congress leaders would now see similar protests as faced by the BJP. — TNS