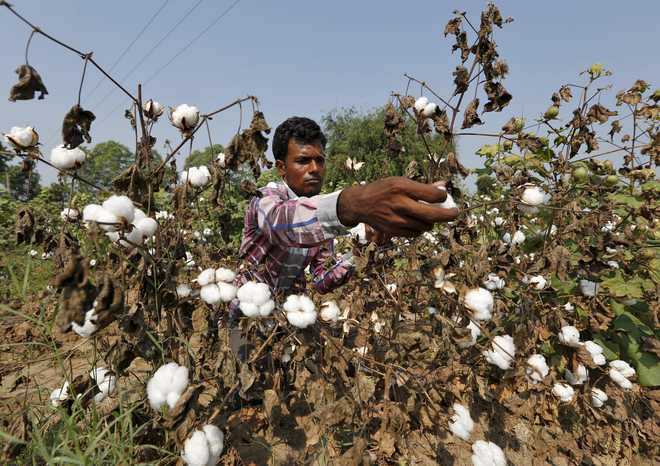 Cotton farmers in the southern Malwa region are upbeat as the advanced sown crop has started arriving in grain markets for sale.

Cotton farmers in the southern Malwa region are upbeat as the advanced sown crop has started arriving in grain markets for sale. The private players are purchasing cotton at a price more than the MSP in Mansa district, triggering speculation of the Cotton Corporation of India’s ‘ouster’ from mandis.

The rise in the price is due to the competitive bidding amongst the private players, including cotton traders and factories, which are placing bids and quoting higher prices to purchase the produce.

As a result, farmers from different villages are likely to bring cotton in large quantities to the mandis for procurement in the coming days.

A market committee official said, “On August 16, farmers brought 6-quintal cotton to the market and it was sold at a price of Rs 6,500 per quintal.”

BKU (Ekta Ugrahan) state secretary Shingara Singh Mann said, “Cotton is being sold at a price higher than the MSP in Mansa, but we also have information of cotton being sold at lower prices in some pockets of the region.”

He said the rise in price was due to competitive bidding among private players but it could lead to the CCI being kept out of the purchase process, because once it happens, the private players would purchase the crop at a lower price. Farmer leaders claimed the government wanted to show that farmers were getting benefits from private players amid the protest against the famr laws.