Crackdown on peddlers after drug overdose deaths in Bathinda 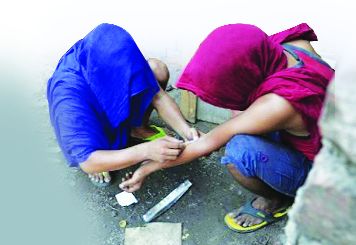 Under fire over the death of five youths here due to suspected drug overdose in the past two weeks, the Bathinda police have launched a crackdown on peddlers.

To break the drug supply chain, 50 teams have been constituted. Houses of suspects in City 1 and 2 areas are being searched. Large seizures have been made. — Jaspal Singh, SP (city), Bathinda

SSP Ajay Maluja has ordered a search of houses/hideouts of suspected drug dealers and habitual smugglers in the city.

As many as 50 police teams had been formed in the city to raid the houses of suspects facing complaints of drug peddling in the past.

A team of the Canal Colony police searched houses of a dozen suspects in Bangi Nagar and surrounding areas. They claimed to have seized a large number of intoxicants and instructed police stations concerned to take legal action against suspects.

While the police claim to have been making daily seizures, peddlers continue to sell drugs and intoxicating pills across the district. The situation in the city is such that drugs are reportedly being delivered at homes on demand. To date, no action has been taken against the big suppliers involved in the illegal trade.

The police teams are currently raiding houses of those selling drugs. SSP Ajay Maluja said the crackdown on peddlers was aimed at reaching the big fish, adding “no one who ruins the lives of the youth will be spared”.