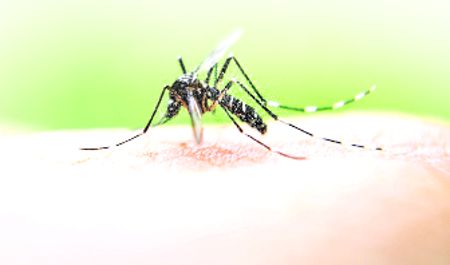 Dengue has been spreading its tentacles rapidly in the district. With over 114 fresh positive cases reported in past nine days alone, the total count of patients has reached 441 in the district this season. The Health Department has step-up awareness drives and field activity to curb the dengue menace.

As per health department records out of total 441 dengue cases, 369 have been reported from city area while rest 72 have surfaced in different blocks and rural areas of the district.

The health department officials claimed that temperature has started dipping further and it would most likely bring down the number of cases in the coming weeks. They added that months of October and November are ideal time for breeding of aedes mosquito that causes dengue. The department officials had claimed that it was well prepared to tackle the situation but sudden spurt in dengue cases tell a different tale altogether. Apart from the cases registered with the district health department, there are dengue patients who have been receiving treatment outside the district in various cities.

Sources said contrary to claims of the Health Department to keeping dengue menace under control, the ground reality was completely different and the sudden spurt in the number of confirmed cases this season in comparison to the previous year had aggravated the situation for department officials.

Notably, as per Health Department records as shared with The Tribune, this year, 100 confirmed dengue cases were reported in the district until October 17. But in the past one month alone 341 fresh cases have surfaced in the district thereby increasing the total number of cases to 441 now.

Dr Umesh Gupta, District Programme Officer, National Vector-Borne Disease Control Programme, said, “With dip in temperature now, the cases of dengue are most likely to decline. Besides, we have been putting in all out efforts to contain the dengue menace in the district by conducting surveys, awareness drive and field activities on regular basis.”