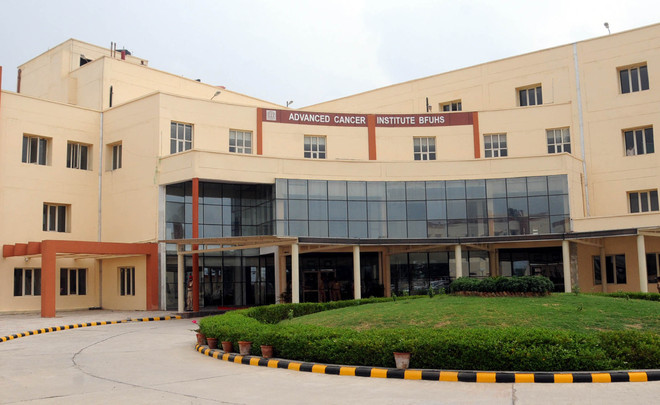 This move of the district administration to covert ACI into Covid ward has sparked a controversy among health experts, who have termed this decision of the state wrong as it would expose vulnerable cancer patients to the virus. They suggest converting university and college campuses into isolation centres.

Cancer patients are immuno-compromised and highly susceptible to infection. Exposure to Covid patients on the same premises is risky for their health.

Dr Deepak Arora, Director, ACI, Bathinda, said, “As per the directions from the district administration, we have started making arrangements for level 2 Covid patients, who require oxygen support. Firstly, 25 beds will be arranged.” He said elective surgeries had been closed from the past two days and would remained shut till May 15, but chemotherapy would continue as per routine.

The ACI witnesses around 250 patients for OPD treatment daily, and it conducts around three to five surgeries every day. Association of Physicians of India (Malwa chapter) president Dr Vitull K Gupta said cancer patients should not be exposed to the virus. “Cancer patients are immuno-compromised and highly susceptible to infection. Exposure to Covid patients on the same premises is risky for their health. The decision is in violation of the global health norms.” Bathinda lies in Malwa region of Punjab, which is dubbed as a cancer belt and the south region of Malwa has a high number of cancer patients. In April last year, the state authorities had to withdraw a similar decision after the hospital staff, including doctors and attendants of cancer patients, had protested against moving Covid-19 patients to the ACI.