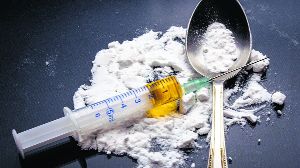 Farm distress and drugs have become major political issues in rural areas during the 2022 Assembly elections.

Promises not kept by Congress

Congress had claimed to wipe out drugs within four weeks of coming to power in 2017, but drug menace still exists. — Rajinder Singh, A resident of thuthianwali

Farmers said political parties rake up the twin issues during elections, but have offered no solution so far.

Residents claim that due to lack of employment opportunities and farming becoming less lucrative, more and more youths in the region have taken to narcotics.

The Tribune visited Mansa and Bathinda districts, which were the worst- affected in terms of farm suicides, and damage to cotton due to the pink bollworm attack. Irate farmers said once the government gets formed, politicians never support them, thus they do not expect much from political parties.

Wadhwa Singh, a resident of Bhainibagha village, said, “No government has given us anything to date. Nobody in our village got money under loan waiver scheme. Now, we are waiting for the compensation of cotton crop destroyed by pink bollworm.” He said, “Drugs are easily available in the entire area. Around six to seven youngsters of our village died after consuming drugs.”

Mohinder Singh, a farm leader from Mansa, said, “Many farmers reeling under debt have failed to get any benefit of loan waiver scheme. Their land is still in the name of their forefathers in revenue records.”

Rajinder Singh of Thuthianwali village said, “Farm crisis is the biggest poll issue here and failure of the Centre and the state government has led to this. Numerous farmers have faced huge losses this season due to pink bollworm attack and hailstorm.”