85 per cent produce procured so far by central corporation 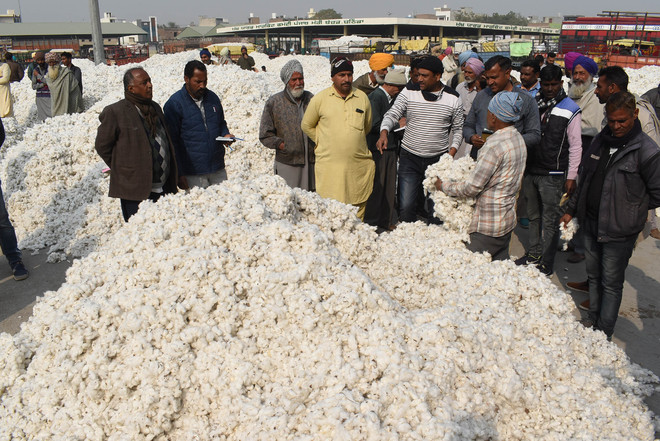 The ongoing farmers’ agitation has significantly altered the procurement dynamics of cotton this season. As per the Cotton Corporation of India (CCI), a record purchase of produce has been made on the MSP this season in Punjab.

As per the data procured by The Tribune from the CCI Punjab office, there has been a threefold increase in the procurement of cotton by the government agency this season as compared to the previous season, which, as per CCI officials, is likely to increase further (till April). Procurement by private players, on the other hand, has dwindled this year.

It’s clearly a ripple effect of the ongoing agitation. The government procurement agency, in a bid to avoid the wrath of the agitating farmers, has made record purchase this year.

While CCI officials are attributing the record increase in procurement by the government agency to altered market-driven forces this season, experts have been linking it to the farmers’ agitation.

A retired senior official of the Agriculture Department said, “It’s clearly a ripple effect of the ongoing farmers’ agitation over the contentious farm laws. With the MSP being one of the major sticking points of the stir, the government procurement agency, in a bid to avoid the wrath of the agitating farmers, has made record purchase this year. And it’s the cotton farmers who have directly benefited from it, as majority of them have received an MSP between Rs 5,725 and Rs 5,665 per quintal.”

A string of protests was held by cotton farmers during the previous season. They had alleged that the CCI had failed to enter in a sizable number of mandis for procurement as a result of which private players stepped in to purchase the produce on rates way below the MSP.