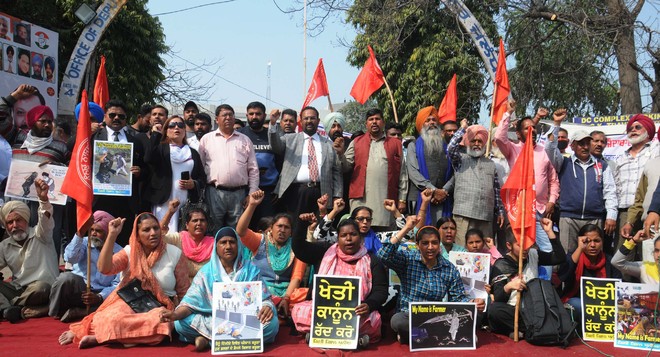 The Punjab Khet Mazdoor Union has been mobilising support for a protest rally against three farm laws wherein farm labourers from five districts in the Malwa region will converge on Bathinda on March 15.

The Punjab Khet Mazdoor Union has been mobilising support for a protest rally against three farm laws wherein farm labourers from five districts in the Malwa region will converge on Bathinda on March 15.

Union president Jora Singh Nasrali said the new farm laws would spell doom for farm labourers in the state and render them jobless.

“With an end to government procurement, the public distribution system will also be affected and a few corporate houses will take control of the food sector. With pricing in the food sector controlled by corporates, farm labourers will not be able to buy it,” he added.

“We demand the repeal of new farm laws. The government should also increase daily wages of MGNREGA workers to Rs 600 and provide work throughout the year,” he added. — TNS