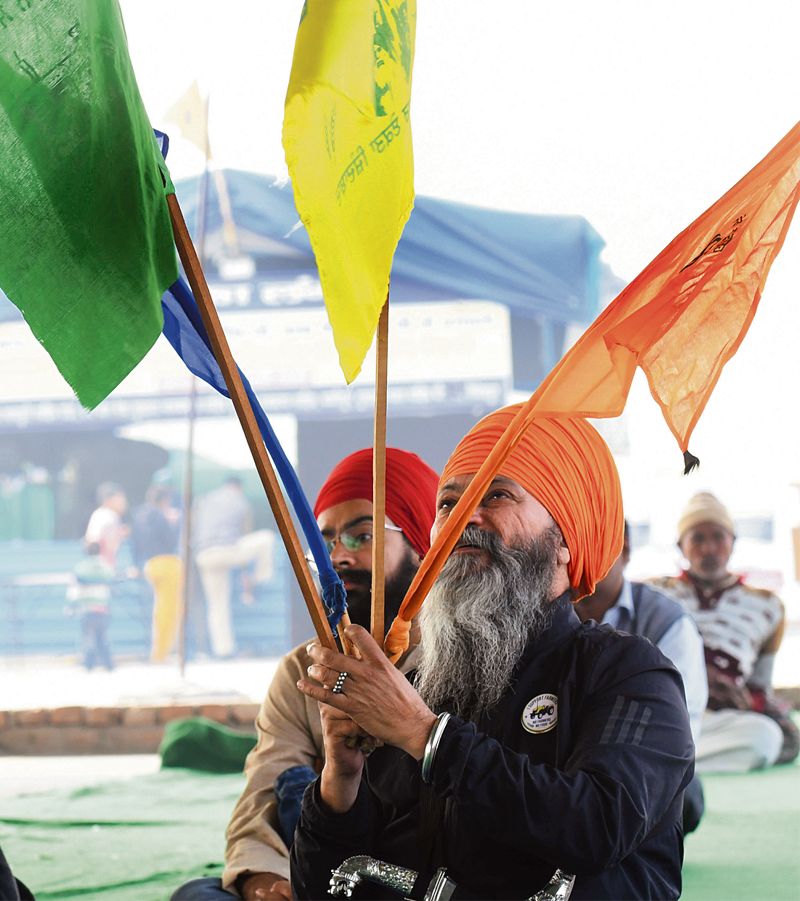 Farmers’ agitation against the three farm laws has brought people together as rising above party lines, they were united and contributed funds, food and other essential items for those sitting at the protest sites across the state.

Farmers’ agitation against the three farm laws has brought people together as rising above party lines, they were united and contributed funds, food and other essential items for those sitting at the protest sites across the state.

The sincerity in every protester appears to have fuelled the movement into one of the largest protests against an elected government in India. Almost every village participated in a show of support. Those who couldn’t go to Delhi erected black and farmer flags on their terrace and balcony and sent essential items to the protest sites.

A protest that started in Punjab grew into a countrywide movement in which farmers’ groups set aside their differences and collaborated to take on the government. The way farmer unions worked in villages to mobilise people by making them aware about the ill-effects of these laws, people from all around the villages stood up to save their land, blurring multiple caste and community contradictions.

Women participation points to yet another major break in patriarchal relations. Shingara Singh Mann, state secretary, BKU Ugrahan, said: “This agitation will be remembered as it brought people across castes and political lines together. Everyone had just one target: Getting farm laws repealed.”