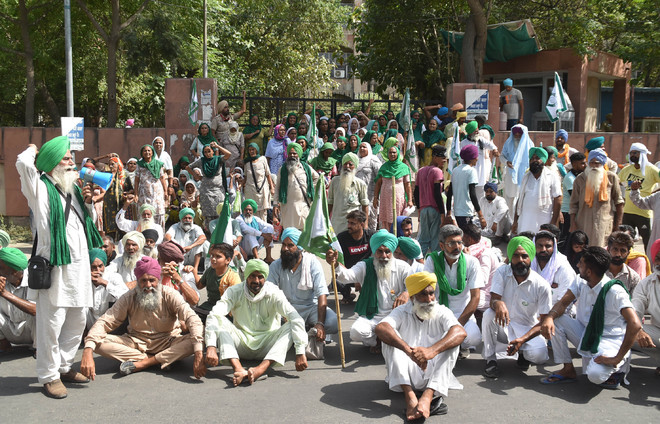 Members of the BKU Sidhupur today continued their protest for the second consecutive day, with farmers blocking the entry and exit points of the district administration complex (DAC) here.

They are seeking implementation of assurances given by the government during their protest at Jaito over a year ago.

Union leader Resham Singh Yatri said they had initiated the Jaito protest against penalties imposed on farmers over the burning of stubble and other farming issues. During the protest, a farmer, Jagsir Singh of Kaura Kotra village in Bathinda, had committed suicide.

A meeting was held in which Capt Sandeep Sandhu from the Punjab Government assured a government job for a family member, compensation and loan waiver.

Yatri said despite the assurance, no job or compensation had been given to the family, prompting the farmers to restart their protest. With the farmers blocking the GT Road outside the DC’s office, commuters have been facing a lot of inconvenience. — TNS