Wants party to nominate son Gurpreet Singh from his segment 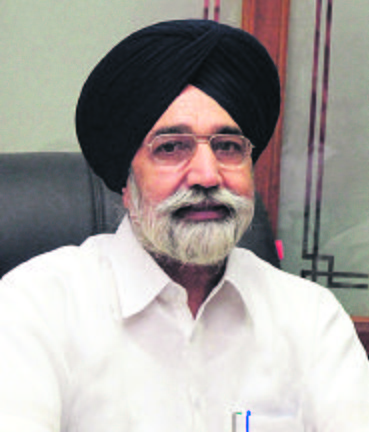 In a major embarrassment to the SAD high command, a confidant of the Badal family and senior leader Sikander Singh Maluka today refused to contest the Assembly poll after his candidature was announced from the Rampura Phul Assembly seat in a list issued by party president Sukhbir Singh Badal.

I was not consulted by party before my name was announced. I will not contest from Rampura Phul, rather my son Gurpreet Singh will contest from there. — Sikander Singh Maluka, SAD Leader

Brar likely to get ticket from maur

It is learnt that SAD leader Jagmeet Singh Brar is likely to be given ticket from the Maur segment. He has started holding meetings in the area.

Maluka said, “I was not consulted by the party before announcing my name. I will not contest from Rampura Phul, but my son Gurpreet Singh will contest the election from here.”

Maluka is eyeing two tickets — one for his son from his home seat Rampura Phul, and second for himself from the Maur Assembly seat.

Maluka said, “For more than four decades, I have been doing the work assigned to me by the party with utmost honesty. The party high command should announce my candidature from the Maur seat.”

Maluka also said if the SAD did not want him to contest from the Maur constituency, then he would take up any other responsibility given by the party. In a tweet, SAD general secretary Daljit Singh Cheema today said: “SAD president Sukhbir Singh Badal has announced three more candidates for the Vidhan Sabha election. Sikander Singh Maluka from Rampura Phul, Parkash Singh Bhatti from Bathinda (Rural) and Darshan Singh Kotfatta from the Bhucho Assembly constituency.”