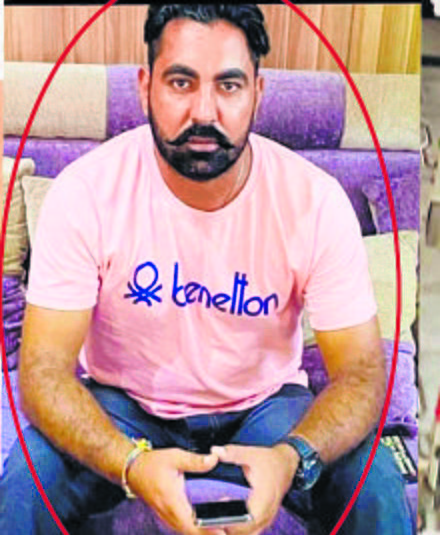 In a joint operation, the Bathinda police and Jaito CIA staff have arrested a “C” category gangster, Manjinder Singh, alias Kala Sekhu, from Jassi Baghwali village in the district after a brief encounter.

A suspect was shot at in the thigh and was admitted to the Civil Hospital from where the doctors referred him to Faridkot. Elaborate security arrangements were made at the hospital.

Bathinda SSP Bhupinderjeet Singh Virk said on seeing a police team, the accused fled on a tractor and shot himself in the thigh.

was on the “most wanted” list of criminals of the Faridkot police.

The police got inputs that Sekhu was hiding in a relative’s house at Jassi Baghwali village and conducted a raid. On seeing the police team, the suspect tried to flee on a tractor and allegedly shot himself in the thigh before throwing away the weapon, said the SSP.

He subsequently took cover in his relative’s house, from where he was nabbed and subsequently taken to the civil hospital for treatment.

The SSP said Sekhu had allegedly supplied weapons to certain suspects involved in an incident at Kotkapura in Faridkot district on June 21.

However, the gangster claimed the police team opened fire at him, causing a leg injury. He claimed a video of the incident was captured on a mobile phone, which was in possession of the police.

Replying to the allegations, the SSP said: “Who opened fire and with whose bullet he was injured will become clear after a probe.”