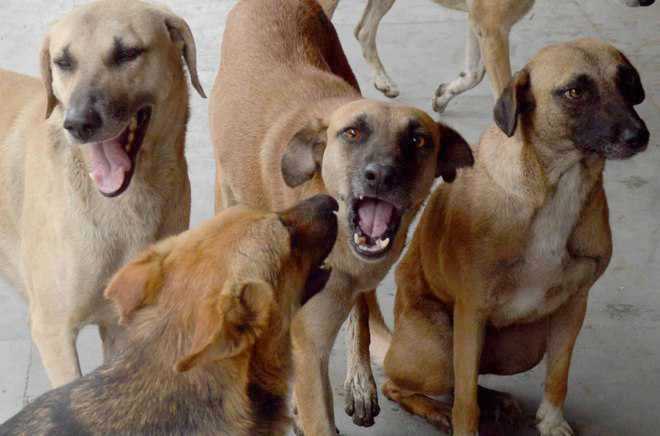 A 5-year-old girl was mauled to death by stray dogs at Labour Colony, Bathinda, on Monday evening. The girl has been identified as Aditi Sarkar of West Bengal.

As per the information, the girl was playing outside her hut, when she was suddenly attacked by a herd of stray dogs and badly bitten. The dogs even dragged the girl to the bushes near the colony, causing severe scratches on her body. The girl was admitted to the emergency ward of the Civil Hospital at night, where she died.

The parents of the girl alleged that the girl had been murdered and the case should be probed throughly. On Tuesday morning, the board of doctors conducted postmortem of the victim’s body.

Beant Singh, SI, Sadar Bathinda police station, said as per the primary investigation, it seemed a case of death due biting by dogs, but the allegations made by the family were being investigated. The exact cause of the death would be known only after the postmortem report arrived. If anything emerged in the report, the police would take an action, he said.

Shyamal Sarkar, the father of the victim, alleged that her daughter did not go out of the house after 7 pm. She must have been abducted and killed by a person living nearby, because two to four days ago, there had been a quarrel with a labourer, who worked with him, he said. He demanded a fair investigation into the matter.

The Sadar Bathinda police station is currently investigating the case. Doctors said the whole matter would be clarified after the postmortem report arrived.