Gym owners, hoteliers stage protest in Bathinda demanding they be allowed to open 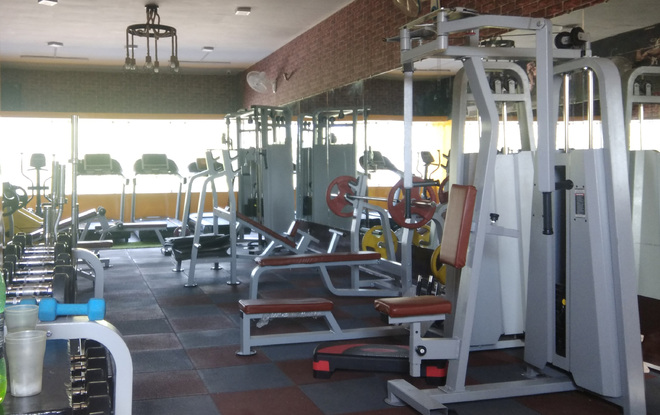 The gym owners and hoteliers on Tuesday separately staged protests demanding they should be allowed to open their business in the second wave of Covid-19 pandemic in Bathinda.

Gym owners under the banner of Bathinda Gym Association gathered outside the deputy commissioner office and staged a protest by holding placards.

They demanded reopening of gyms and said they would ensure safety protocols. They demanded a financial package if they were not allowed to resume operations.

“Gyms and fitness centres were the first to be closed, but were not allowed to restart operations. The government is allowing liquor shops to open, but not gyms,” said Parmod, president Bathinda Gym Association.

Gym Association legal advisor Sukhdeep Dhillon said, “We have to pay exorbitant rent for gyms and several trainers have become jobless. I request the government to allow reopening gyms or provide a relief package.”

They said gym owners have to pay rent, loans, EMIs and salaries to the trainers and staff members. How does the government expect us to bear all these expenses in addition to other household expenses when gyms have been closed for a long time and even last year as well most of the period, gyms were closed, so losses are mounting, they added.

Hoteliers under the banner of Punjab Hotel Association also staged a symbolic protest by holding placards in Bathinda on Tuesday.

Satish Arora, president Punjab Hotel Association, said “Due to massive losses since March last year, large numbers of eateries, restaurants and hotels across the state have already been shut, with many more on the verge of closure. The owners of such outlets have been finding it difficult to pay rent, salaries of employees, power bills and other fixed expenses with no income during the lockdown period.”

Further, he said it had become extremely difficult to survive in the absence of financial compensation.

JS Gill, a bar owner, said, “Advance bar licenses were paid to the excise department and the government has now no support system for our bar industry. Keeping the bars closed have overburdened us with such high building rentals, staff salaries, maintenance bills, power bills and so many other miscellaneous expenses too.”