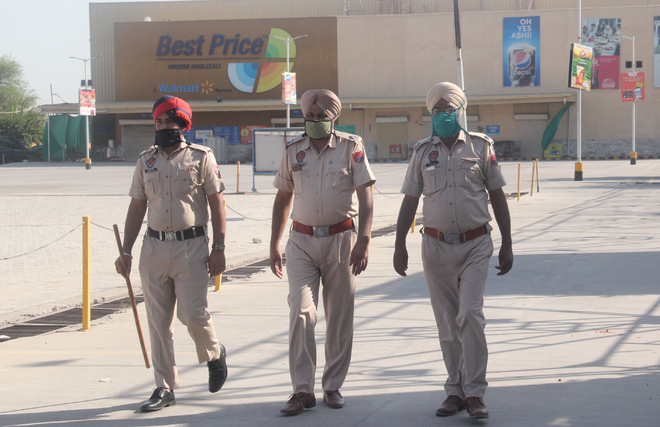 Punjab, it seems, is paying the economic cost for the long-drawn protests by farmers outside the stores and businesses of multinational companies. After the Adani Group decided to shut down its dry port at Kila Raipur last month, Walmart and its Indian arm Flipkart have now decided to close their outlet in Bathinda.

It is learnt the company has decided to shut its 50,000 sq feet wholesale outlet in Bathinda after the store remained closed for months because of the farmers’ agitation and a permanent dharna outside its premises. With losses mounting to millions of dollars after the store was forced shut in October last year, the company has decided to close it and go the “online way”.

A company official told The Tribune that Flipkart Wholesale, the digital B2B marketplace of Flipkart Group, had demonstrated exponential growth in e-commerce adoption among members, especially kiryana stores in Bathinda, over the past few months. “To drive greater value and efficiency, the company will be focusing on e-commerce to continue servicing kiryanas and other members more efficiently. Towards this effort, Flipkart Wholesale will be closing its cash and carry store in Bathinda,” he said.

“Staying invested in the state, the company will be opening a new warehouse at a suitable location. Kiryana and other members from Bathinda making online orders will be serviced seamlessly from this new centre, and in-store purchases can be done in the neighbouring store in Ludhiana. More than 100 employees will be provided new opportunities at Flipkart Wholesale at the new fulfillment centre and across the larger Flipkart Group ecosystem across supply chain and logistics,” he added.

Notably, the store presently has over 200 employees on its roll, but many of them could lose their jobs. The closing down of the store would also have a ripple effect on other businesses that were directly or indirectly supplying goods to the Walmart store.

Reliance, which earned the wrath of the protesting farmers, too, is incurring huge losses as its retail outlets. In all, 27 company-owned and company-operated fuel retail outlets and its telecom businesses have been hit because of the protests. The protesters are not allowing the conglomerate to even install telecom towers for upgrading and strengthening the infrastructure. As businesses remain shut, those who have rented out their premises to these companies have not been getting their rentals.

“As of now, we are supporting the workers, but this cannot continue in perpetuity. We hope the state government intervenes and resolves this issue at the earliest,” said an employee of Reliance.

BKU (Ekta Ugrahan) president Joginder Singh Ugrahan has warned the company against laying off employees. “If you lay off employees, we will not allow a single store of your company to operate in Punjab,” the BKU president said.