Only five approved as per dept, no record of nine 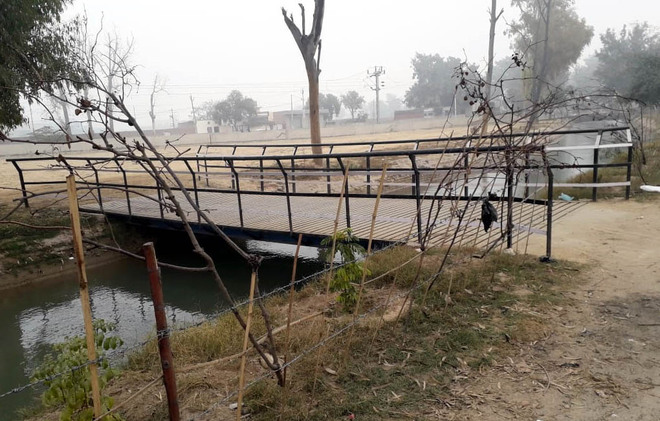 Illegal temporary bridges are coming up over a water channel in Rampura Phul and the Irrigation Department has not taken any action in this regard.

Instead of taking any concrete action, the Irrigation Department officials are claiming to have action by simply issuing notices.

Moreover, these illegal makeshift passages are causing accidents. Two of these temporary bridges are close to the office of the SDO, Rampura Irrigation Department .

An RTI activist, Rajinderpal Sharma, on December 31, 2019, had sought information about the number of bridges built by the Irrigation Department on the water channel at Rampura Phul.

In a reply to his RTI on November 17, 2020, the department issued him a letter, in which it claimed that there were five approved bridges, while other nine bridges, which were built more than 20 years ago, had no records. It is also stated that was illegal to install a bridge without approval.

Rajinderpal Sharma alleged that land mafia was quite active in the area and it had purchased a land near the water channel at a low price and later installed an illegal temporary bridge on the water channel. Afterwards, it had sold the land at a high price. He said he had filed a complaint in this matter to the DGP, Punjab, and the Vigilance Bureau. — TNS