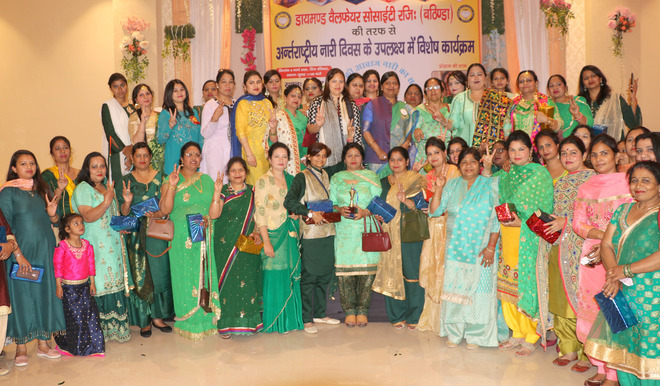 Winners of various competitions during the International Women’s Day celebrations in Bathinda.

A lecture series on women empowerment and gender equality was organised as a part of International Women’s Day celebrations at Central University of Punjab on Sunday.

Prof Neelam Garewal, in her keynote address, spoke on issues and challenges of working women in India. She talked about discrimination being faced by women in education, jobs, promotion and access to resources. She discussed various challenges being faced by working women such as wage gap, descriptive gender roles and prescriptive bias. She said women should raise voice for their rights and for equal treatment.

Pooja Gupta said with proper support, women could do wonders not only at their homes but also in their professional lives. She said under the Generation Equality Campaign of the United Nations, we need to bring together people of every age, gender, religion, caste and race and take actions to create ‘gender-equal world’ for all. Nutrition of women should be a part of empowering women and focus should be laid to end malnutrition in women, she added.

At another event orgnaised at a city hotel, former Cabiner Minister Lakshmikant Chawla presided over as the chief guest. Popular Punjabi folk singer Gurmeet Bawa was the guest of honour at the event where women from all walks of life participated in several competitions.